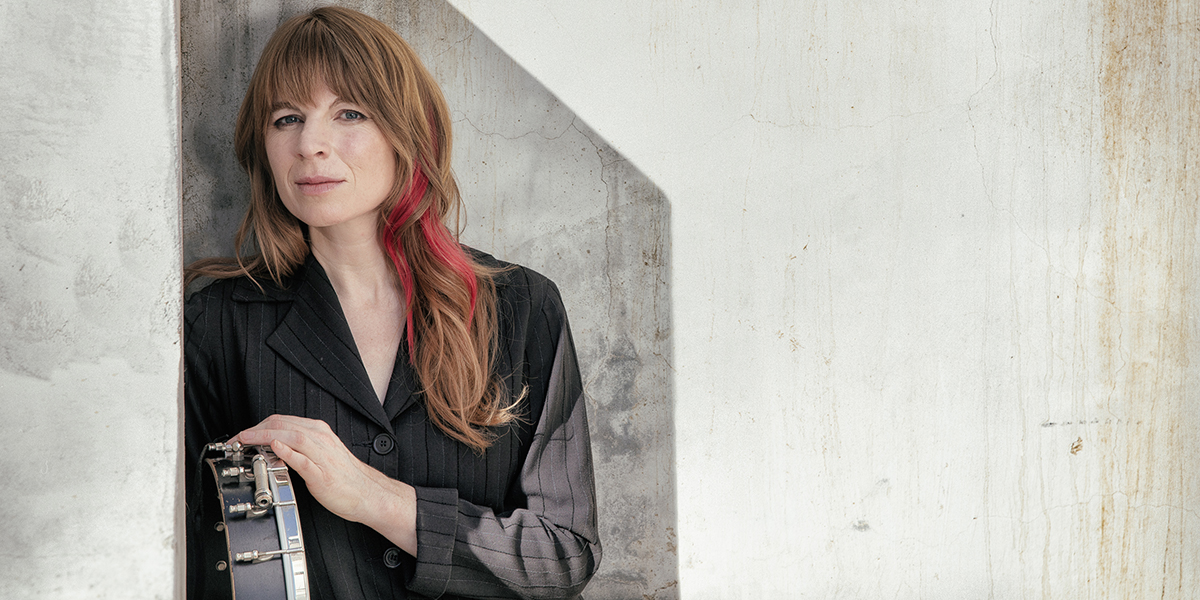 Join us for a performance by singer/composer Moira Smiley, in a residency at BW September 19-20.

She is regularly commissioned to write large-scale choral & chamber music works, with millions singing her choral music around the world. Moira has been featured in TED conferences, on BBC Radio and TV, NPR, ABC Australia, and live at countless venues from Lincoln Center and Carnegie Hall to Walt Disney Concert Hall and Royal Festival Hall. Smiley is known for enchanting audiences whether on stage, atop glaciers, inside ships or in cozy kitchens from Norway to Tasmania.

Moira’s 2018 solo album ‘Unzip The Horizon’ premiered at the prestigious Savannah Music Festival in 2018, and she published its companion choral Songbook in 2019. In February of 2021, she released her vocal album In Our Voices featuring international VOCO collaborators. Moira recently appeared with Tune-Yards on Jimmy Kimmel Live, Live on KEXP At Home, and The Late Show with Stephen Colbert.

As a composer, Moira Smiley is known worldwide for choral arrangements like Bring Me Little Water, Silvy and originals, Stand in That River and How Can I Cry. She’s in demand as a commissioned composer, writing multi-movement pieces like Time In Our Voices and In The Desert With You for the Los Angeles Master Chorale, Vonnegut Requiem: Light Perpetual for Voces Novae, Loud My Soul for Ad Astra Festival and Headwaters for The Myrna Loy Theater. The European premiere of Time In Our Voices was performed by the voices and mobile phones of Ars Nova Copenhagen under the direction of Paul Hillier. In 2018-2019 Moira released the album and choral songbook, Unzip The Horizon as companion to her The Voice Is A Traveler solo show. She continues composing and improvising in collaboration with artists in film, video game production, theater and dance, and her work can be heard on feature film soundtracks, BBC & PBS television programs, NPR, and on more than 70 commercial albums. Upcoming premieres and current projects include Greta Sails for youth choir, Utopias for voices and strings, and a re-telling of Ovid’s tale of Narcissus for mobile phones and voices.