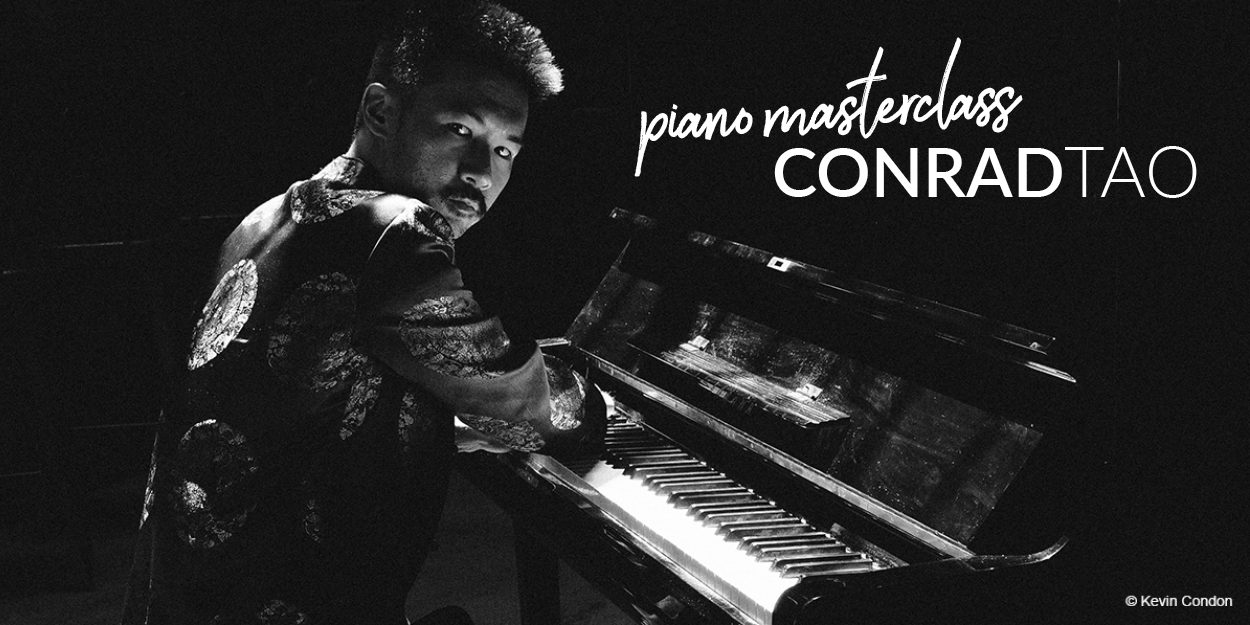 Mr. Tao will be performing with choreographer/dancer Caleb Teicher on Wednesday, September 14 in a program entitled Counterpoint, where they will explore the intersections between their artistic worlds. For more information about Counterpoint, click here.

Conrad Tao has appeared worldwide as a pianist and composer and has been dubbed “the kind of musician who is shaping the future of classical music” by New York Magazine, and an artist of “probing intellect and open-hearted vision” by The New York Times. He is the recipient of the prestigious Avery Fisher Career Grant and was named a Gilmore Young Artist—an honor awarded every two years highlighting the most promising American pianists of the new generation. As a composer, he was also the recipient of a 2019 New York Dance and Performance “Bessie” Award, for Outstanding Sound Design / Music Composition, for his work on More Forever, his collaboration with dancer and choreographer Caleb Teicher.

Conrad Tao has recently appeared as soloist with the Los Angeles Philharmonic, Cleveland Orchestra, New York Philharmonic, and Boston Symphony. As a composer, his work has been performed by orchestras throughout the US; his first large scale orchestral work, Everything Must Go, was premiered by the New York Philharmonic in 18-19, and will be premiered in Europe by the Antwerp Symphony in 21-22. In the same season, his violin concerto, written for Stefan Jackiw, will be premiered by the Atlanta Symphony under Robert Spano, and the Baltimore Symphony under Kirill Karabits. In the 2021-22 season, he will also make his London solo recital debut at the Wigmore Hall, and will appear in recital throughout North America, including Boston, New York, Washington, and Seattle. Tao’s Bessie Award-winning dance work with Caleb Teicher, More Forever, will continue to tour North America, including performances at Cal Performances in Berkeley and Fall for Dance North in Toronto. Other collaborations include his duo work Counterpoint, also with Caleb Teicher, and a multi-city tour with violinist Stefan Jackiw and cellist Jay Campbell, as a member of the Junction Trio.

In the 2020-21 season, Tao was the focus of a series of concerts and interviews with the Finnish Radio Symphony, performing Beethoven’s Piano Concerto No. 4 with Hannu Lintu and Andrew Norman’s Suspend with Sakari Oramo, live on television. While most performances in the 20-21 season were canceled due to the COVID epidemic, he appeared with the Cincinnati Symphony and Louis Langrée, returned to the Seattle Symphony to perform Beethoven Concerto No. 4, and returned to Blossom with the Cleveland Orchestra, and Bravo! Vail with the New York Philharmonic and Jaap van Zweden. Further invitations included the National Symphony Orchestra, the San Francisco Symphony, New Jersey Symphony, and St. Paul Chamber Orchestra. His creation with Caleb Teicher, More Forever, commissioned by Works & Process at the Guggenheim, was planned for tours across the US, including Dance Cleveland and Fall for Dance, Toronto. Tao and Teicher’s latest collaboration for Works & Process, Rhapsody in Blue, kicked off the Guggenheim’s return to in-person performances and was lauded by The New York Times as “monumental.”