In the spring of 2020, many people had no idea what the future held for theatre. When would it be safe for both performer and patron? How would we adapt in the meantime? Director Victoria Bussert and the team at Baldwin Wallace Music Theatre knew one thing: the show had to go on. In the fall, they succeeded in this venture by putting on an innovative, New York Times recognized production of SPRING AWAKENING, using cell phones and an affinity for music videos. BWMT was determined to continue the now 10-year annual collaboration this spring with Beck Center for the Arts in Lakewood, Ohio, a tradition professor Bussert refers to as a “critical piece of the music theatre program.”

Pre-pandemic, the collaboration was set to be a production of Rent, in conjunction with the musical’s 25th anniversary. However, with the ever-changing nature of COVID-19, the gears started turning for Bussert, and Beck’s Artistic Director, Scott Spence. From a combination of luck and connections, 5x15 was born. The National Alliance for Musical Theatre, or NAMT, is known for its work in nurturing and producing new musical theatre. This year, NAMT decided to host a festival exclusively for 15-minute musicals, all of which were composed between March and May of 2020. Bussert was a part of the committee that read and scored these musicals. In her participation, she found the five unique pieces that would become 5x15: 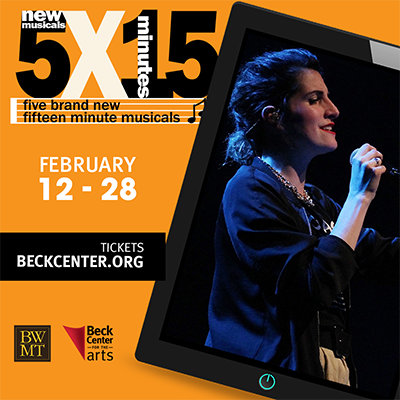 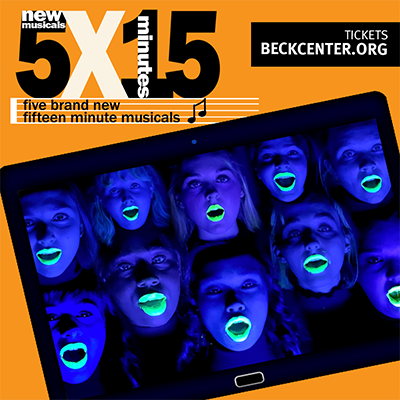 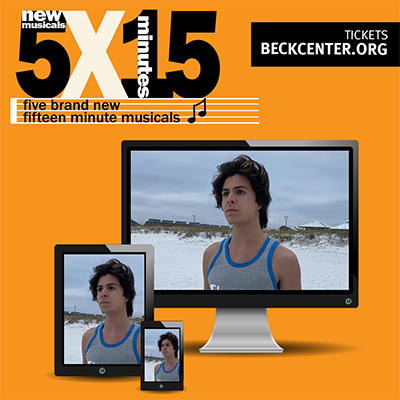 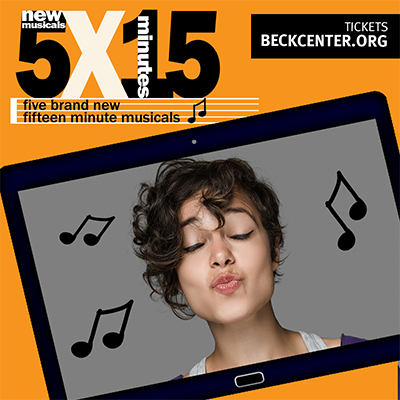 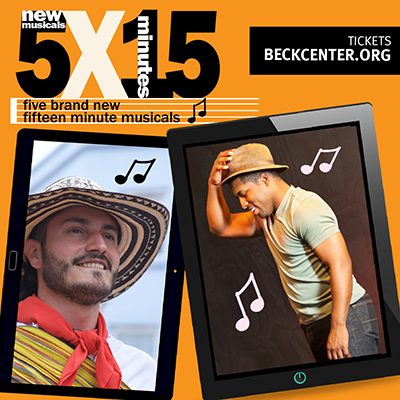 Five different musicals. One show. Bussert herself was compelled to direct the work of Shankel and Cooper in PERPETUAL SUNSHINE… but found all of these pieces to hold a new point of view, and most importantly - castable with her students. Bussert and Spence were also very excited for the opportunity to bring in four different directors from across the country, including an artistic director at regional theatres, an acclaimed Cleveland director, former BWMT collaborators and a Broadway performer.

Join BWMT and Beck Center for the Arts in this incredible melding of minds from February 12 to February 28. Don’t miss your chance to witness the premiere of not one, not two, but five new musicals.