Baldwin Wallace University is one of Billboard magazine's 2022 Top Music Business Schools. It's the second time BW has been chosen for the best list, which was last compiled in 2020.

As the only Ohio school chosen for the recognition, the BW program marries coursework in the University's celebrated Conservatory of Music with a foundation in business and entrepreneurship.

The magazine notes, "Billboard's top music business schools are chosen based on industry recommendations, alumni information provided by honorees from our multiple power lists, information requested from each school and nearly a decade of reporting on these programs."

Both private and public institutions are featured on this year's list. And while many of the chosen schools are based in major metropolitan areas such as New York City, Los Angeles and Nashville, Billboard highlights BW's location near Cleveland's thriving music scene as a big plus.

"Our inclusion on this list reflects both the strength of BW and Cleveland's larger music economy, which continues to support the success of our program by keeping us plugged into fast-changing and emerging trends," notes Dr. Sean Murphy, music industry area coordinator and assistant professor of arts management and entrepreneurship at BW.

In addition to program partnerships with Cleveland's Rock & Roll Hall of Fame, Tragic Hero Records and indie music venues like Beachland Ballroom & Tavern, BW is an educational affiliate of the national Grammy Museum. 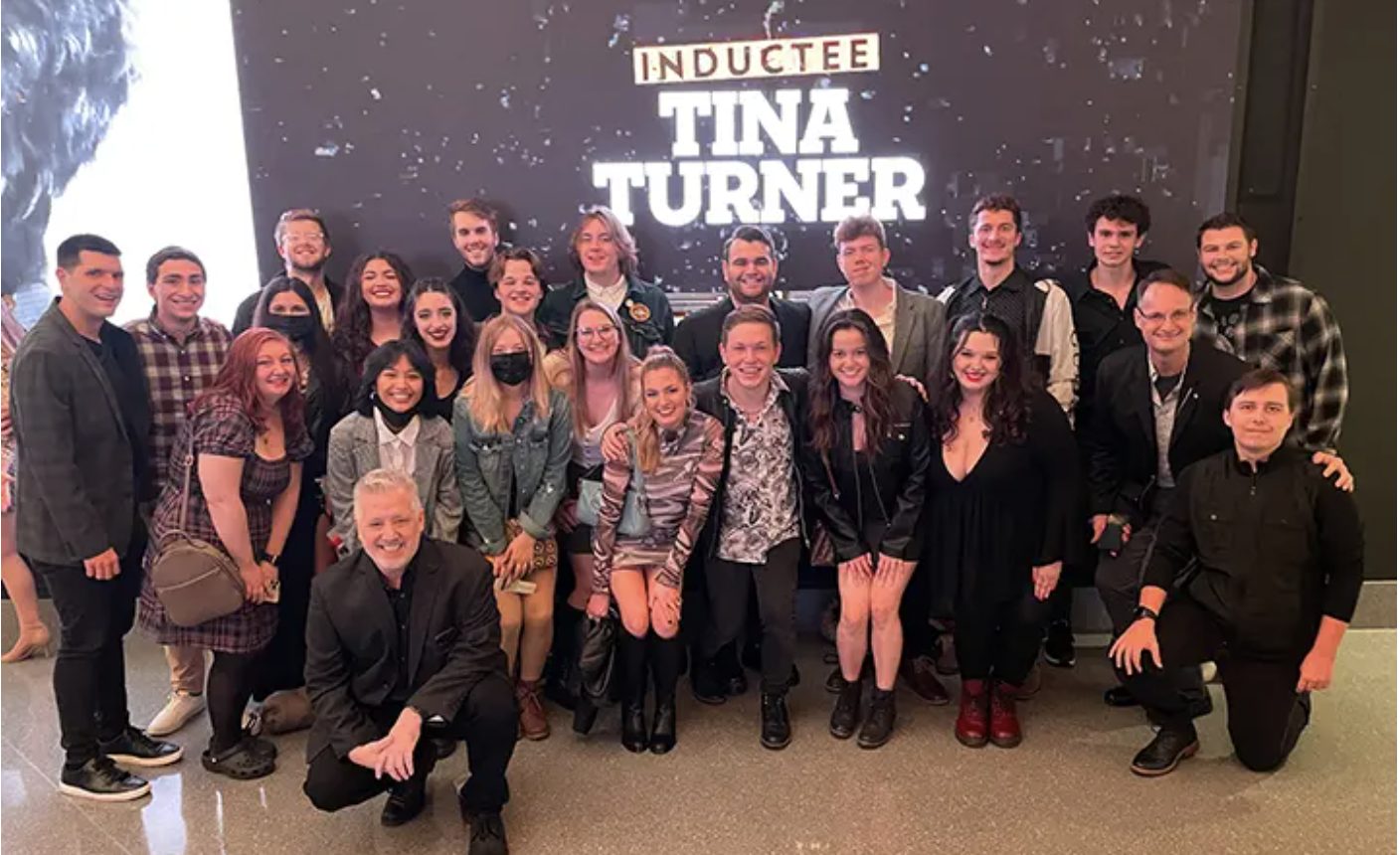 BW students and faculty at the 2021 Rock Hall Induction

With great internships and applied learning projects that build hands-on experience, students who major in either music industry or arts management and entrepreneurship may aspire to a whole range of music and arts careers, including artist, venue and tour management, digital music marketing and distribution, and independent entrepreneurship, just to name a few.

See coverage of the program's recognition:

On cleveland.com: Baldwin Wallace named one of the top music business schools in the world