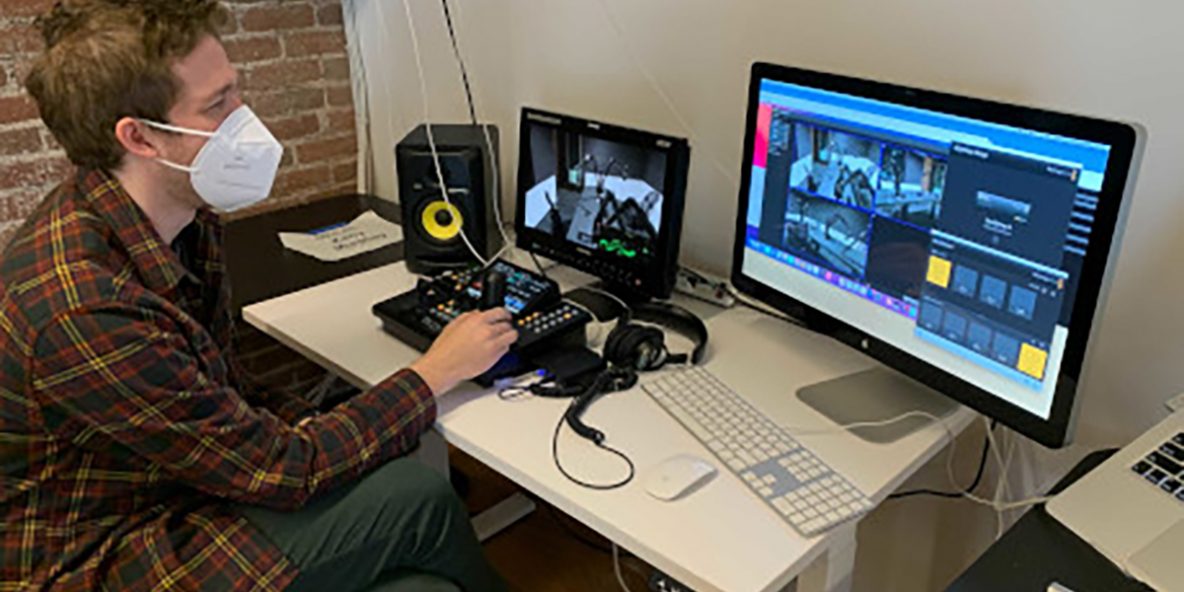 In a career that's taken him from coast to coast, Spotify is the latest company to welcome the blended IT and creative talents of BW business and computer information systems graduate Ben Meadors BS, MBA '12.

With more than 345 million monthly users, Spotify is the world's most popular music streaming service, now rapidly expanding into audio and video podcasting.

As manager of post-production technology, Meadors and his team work behind the scenes to provide the tools to create original and exclusive podcasts and videos for Spotify Studios.

The Indianapolis native spends his time working with the software, services and infrastructure that help listeners hear the original content curated by Spotify Studios. He also manages a media team that supports users and their editorial work, including video and audio assets.

"A week for me can range from advising on post-production workflow for an upcoming project to designing a new way of editing video remotely to setting up a new server in one of our offices anywhere in the world or just managing my team and stakeholders day-to-day," Meadors explains.

Before working at Spotify, Meadors was a freelance photographer in New York City. Because of his IT and camera experience, Meadors was hired by PBS and helped make documentary episodes of "Finding Your Roots" and a Ken Burns documentary called "Cancer: Emperor of All Maladies."

That work led him to AbelCine, one of the premier digital cinema companies in New York and Los Angeles. At AbelCine, he designed, sold and installed broadcast and TV studios as well as post-production facilities. He also built an IT department and an engineering team.

BW provided Meadors the opportunity to build and blend his IT, audio/video and artistry skills.

His work with University Relations, BW's award-winning radio station, WBWC 88.3 "The Sting," and the BW IT network team helped him grow. Meadors also had internships in IT at the Simon Property Group and live events for the Cleveland Museum of Art. Meadors believes those internships gave him the skills to join the workforce upon graduation.

The BW Honors Program was also impactful for Meadors. Gaining the ability to think critically, connect disparate concepts and synthesize ideas through the program's unique courses and enhanced core curriculum provided a college experience that put him ahead of the competition.

Nimble and ready for the future

As for Spotify, Meadors is reveling in the continuous challenge it brings.

"I like to say that Spotify is building the car while we drive it. In other words, the goal posts move often, and there is a lot of uncertainty. We have to stay nimble and be able to pivot because we're up against Apple and Amazon, who are orders of magnitude larger than us," he notes. "This is what makes it fun but also what makes it stressful."

"As far as the future of the company, I think Spotify will be around for a good long while, now that we've branched out to podcasts and video podcasts."