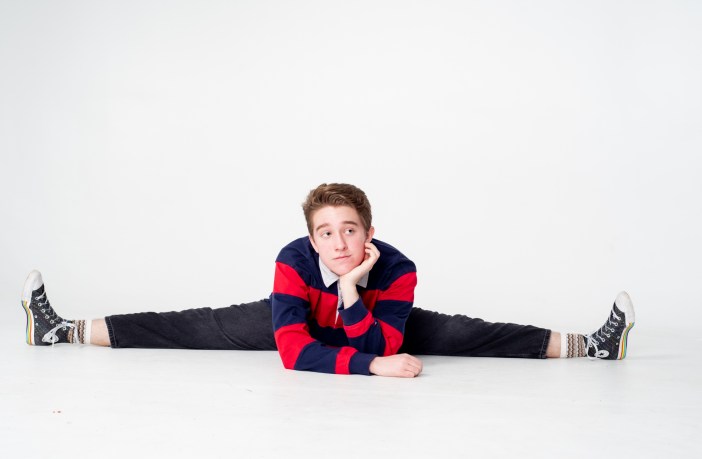 BW student Dan Eggers '24 is among the 2021 winners of the acclaimed OZY Genius Awards (OGAs), sponsored by Chevrolet.

According to OZY Media, the national awards include up to $10,000, along with the time and mentorship for the winning college students "to turn their genius ideas into reality."

Eggers, who has chronicled his experience as the only openly trans performer studying music theatre at BW, is a Trans Youth Ambassador for the Alabama chapter of the Human Rights Campaign and started a Trans Artist Coalition at BW.

"I started the group to create initiatives that push our university and the greater arts world to create a more equitable space for us," the Birmingham, Alabama, native and graduate of the Altamont School explained.

Eggers has also participated in panel discussions aimed at raising awareness about the absence of queer experiences in the classroom and hopes to use the grant to develop and build on formal training and awareness for educators.

"A 2017 school climate survey found most LGBTQ students feel unsafe at school," Eggers noted. "Teachers and professors have the power to be a supportive influence on that experience."

Eggers' project includes simple tips like having students introduce themselves rather than reading off a roster and deeper subjects like how to integrate LGBTQA+ history and topics into the curriculum and how to handle a student who comes out to their teacher. But he sees broader applications.

"With the OZY Genius Award, I hope to branch out to other industries as well, such as the medical and performing arts industries," Eggers said. "Right now, I am creating a 'skeleton' of the training program that includes the basics in trans history, identity and equity that apply to every field, but will tailor the training more specifically to each individual field."

With BW Music Theatre Director Victoria Bussert named as his mentor, Eggers is slated to begin work on the OZY-funded phase of the project on June 15. "It is an honor to be Dan's faculty mentor on this project," Bussert said. "He is a remarkable young man." 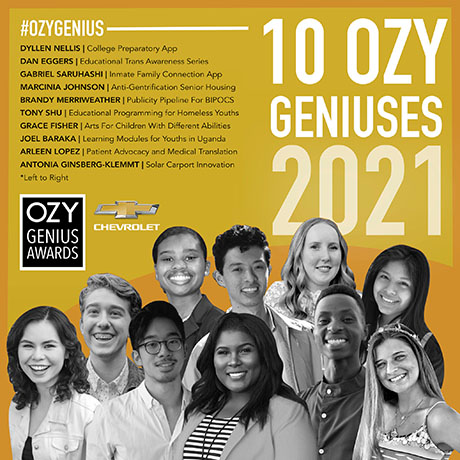 Best of the best

"I think this year's winners represent the best of the best," said Carlos Watson, CEO of OZY. "In a year filled with difficulty, their bright ideas really shine through and give me hope for the future."

Previous OGA winners have gone on to world acclaim, including Amanda Gorman, who spoke at the 2021 presidential inauguration and is the current poet laureate, and Rohan Pavuluri, whose free bankruptcy app, Upsolve, was named one of Time magazine's best inventions of 2020.

OZY is a next-generation media and entertainment company that aims to help curious people see the world more broadly and more boldly by introducing them to "the New and the Next" — narratives that defy convention, change perspectives and ignite ideas. Find out more at ozy.com.