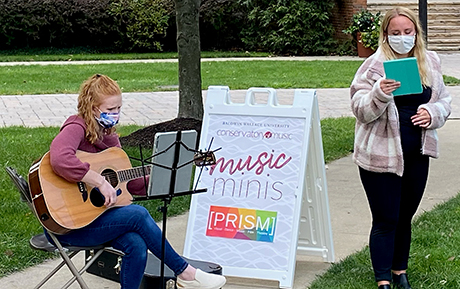 COVID-19 may have changed health and social distance protocols, but Baldwin Wallace's arts community found ways to forge ahead with innovative, meaningful and engaging campus experiences.

"As artists, whether performance, visual or otherwise, we love an opportunity to problem-solve. The energy and enthusiasm our students and faculty have for the arts propel them forward with a mindset that is truly remarkable. They take what might be seen as a roadblock or challenge and transform it into something creative and wonderful," explained Susan Van Vorst, dean of BW's Conservatory of Music.

Across campus, several programs and activities were held that followed health safety protocols while showcasing the YJ4L spirit and tenacity that are inherent in a liberal arts-focused education.

In addition to the outstanding experiences in the classroom, practice halls and other sites, BW students are benefiting from several small- and large-scale performance and learning opportunities. Among them: 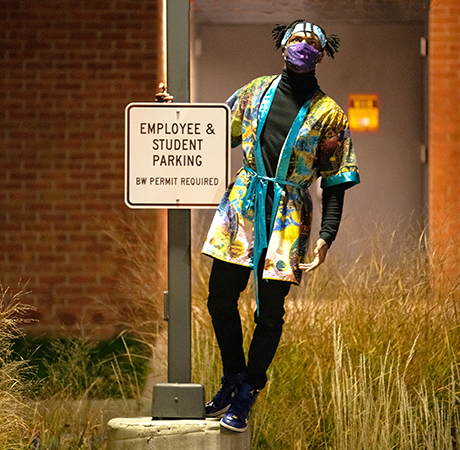 Da'Von McDonald '24 as Urania, muse of astronomy and the spheres, during a performance of "Muses Anonymous"
With the bygone era of drive-in movies making a comeback as a pandemic-safe entertainment option, BW launched its humorously quirky "Muses Anonymous." The 40-minute show was written and directed by assistant professor of dance Sara Whale. With many universities across the nation canceling live shows, Whale's production was a creative response to live performance. The production was held in the Tressel Street parking lot drive-in style. 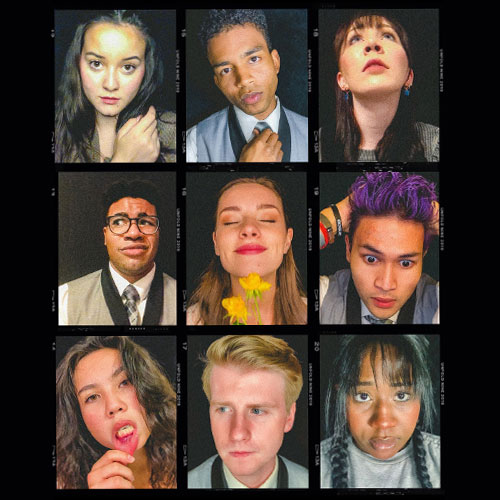 Cast members in the music theatre production of "SPRING AWAKENING"

When it comes to capturing the raw emotion of social issues, the arts are an amplifying lens for poignant commentary. BW's fall musical packs plenty of turmoil — incest, trauma and suicide — into its creative staging and music extraordinaire.

BW's version of "SPRING AWAKENING" was another music theatre ground-breaking first. With accolades by Playbill, American Theatre and BroadwayWorld, the BW show was the nation's first virtual college production of this Broadway rock musical.

The show, which streamed Nov. 19-22, was shot guerrilla film-style on iPhones at more than 40 locations.

Due to demand, the virtual production will again be streamed Dec. 17-20.

No one does a pivot like professors in the arts. When COVID-19 shuttered theaters preventing the BW Opera Playhouse Square debut and the planned world premiere production of "La Casa De Bernarda Alba," BW director of opera studies Scott Skiba ignited a new opportunity for student performance.

He reached out to award-winning, internationally recognized composers and librettists — whose commissions include the Metropolitan Opera, San Francisco Opera and Washington National Opera — to create new micro operas written specifically for BW students and embracing the extraordinary demands of remote collaboration. The result is a masterful fusion of talent and imagination to create nine micro operas that will be performed by BW students in a virtual voice performance with Cleveland Opera Theatre {NOW} Fest and On Site Opera (NYC).

A Pop with Plenty of Pizzazz

Conservatory pop-up performance with BW students Brooke Szymusiak '22 (vocal) and Morgan Hummel '21 (guitar)
Who doesn't love a breakout moment when it comes to arts? For BW Conservatory of Music students, any day is a good day to break out in song. Throughout the semester, pop-up performances were held across campus. With masked and socially distanced audiences in place, the outdoor music minis were a quick way to rouse enthusiasm and a bit of lighthearted, spontaneous joy to passersby. 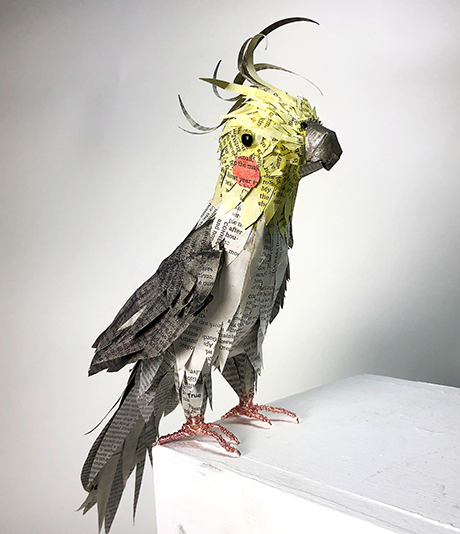 It's their refuge into a world of ingenuity and self-expression — where masterpieces come to life amid hours in the studio. But in a COVID-aware world, art professor Benjamin Lambert knew he had to rethink his projects to slash studio time to reduce student togetherness. He had students utilize materials they could safely use in their homes or residence halls with a recycled element to them.

Their charge was to create a 12-14-inch, free-standing animal sculpture that represented a facet of their personality or identity. The challenge, he believed, would be for each student to bring creativity and innovation to processing and constructing the forms using salvaged materials.

"This was a project that I have always wanted to do in some iteration," noted Lambert. "I decided to do it this semester because of COVID-19. I like using materials that are commonly thrown out or recycled because I think it encourages people to reconsider the potential or usefulness of a material.

"I enjoyed seeing the many sculptures students created and learning the reasons why they chose a particular animal. Self-expression is inherent to the artistic process," he explained. "So is the ability to rise above challenge to find new ways to create something wonderful."