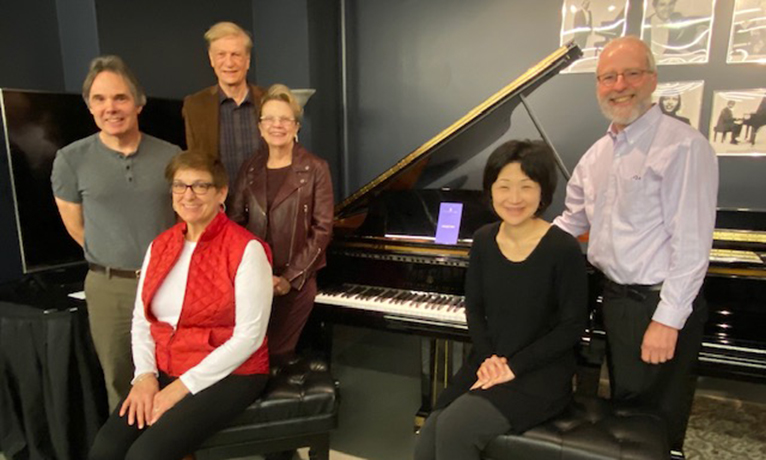 In 1932, Arline Kadel began her career as a music education student and voice major at Baldwin Wallace Conservatory. Arline enjoyed a long and meaningful career as a music teacher and choral director for Cleveland Schools. Over the years, she participated in 80 Baldwin Wallace Bach Festivals as a student, community chorister and audience member. She was a Baldwin Wallace Conservatory chapter member of Mu Phi Epsilon, an international professional music fraternity. Ultimately, she became a treasured mentor, friend and inspiration for Janet Gans Brown. 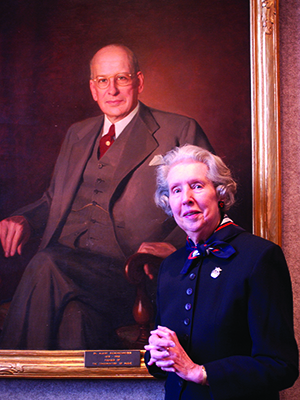 Thirty years after Arline’s journey through Baldwin Wallace University, Janet Gans began her study as a music education major and voice primary at Baldwin Wallace Conservatory. She studied voice with Professors Richard Miller and Melvin Hakola, and she too was a member of Mu Phi Epsilon. Upon graduation in 1966, she became involved with the Mu Phi Epsilon alumni chapter. It was through the Fraternity’s alumni chapter that Janet met Arline. The values of Baldwin Wallace University and Mu Phi Epsilon were foundational in the lives of both women, binding them in friendship for the next 47 years until Arline’s death in 2013. Indeed, Mu Phi Epsilon’s purpose—the advancement of scholarship, musicianship and fellowship—drives Janet’s philanthropic spirit today.

Janet taught music in Chagrin Falls for 30 years. Her Baldwin Wallace training propelled her toward opportunities in theatre, opera and church music throughout greater Cleveland. Her professional and artistic life was rich and filled with music ... and dancing. Sparks flew during an Arthur Murray ballroom dance class in 1976 when Janet met her future husband, Dr. Robert Brown, Professor of Physics at Case Western Reserve University. Embracing the worlds of the sciences and the arts for more than four decades together, Bob and Janet take great pleasure today in supporting the artistic and academic pursuits of students and arts institutions throughout Cleveland.

The Browns are loyal supporters of the Baldwin Wallace Conservatory. In recent years, they participated in the All-Steinway School campaign, gifting a Boston upright practice room piano and inspiring the alumni chapter of Mu Phi Epsilon to make a similar gift. They have established the Janet ’66 and Robert Brown Conservatory Scholarship, assisting students with financial support as they pursue professional training in preparation for careers in the arts. The Browns’ most recent gift to Baldwin Wallace Conservatory of Music – a Steinway Spirio | r—is a perfect melding of technology and music ... and the gift was beautifully inspired by none other than Arline Kadel.

In 2013, it was a generous estate gift from Arline Kadel that launched the Conservatory’s All-Steinway School campaign and enabled the initial selection of five Steinway B studio grand pianos from the Steinway factory in New York City. Three of these original five pianos reside in faculty teaching studios. One resides in Kadel Family Vocal Music Hall. And one resides in Fynes Hall ... next to its new sister, the Steinway Spirio | r provided by Robert and Janet Gans Brown.

Our All-Steinway School campaign is exquisitely book-ended by a deep and abiding friendship that beautifully embodies the Baldwin Wallace spirit. These two remarkable women led boldly, sharing their impeccable artistry and inspired teaching with thousands of students over the years. The impact of their extraordinary philanthropy endures to enrich the lives and learning of the next generation of students at Baldwin Wallace Conservatory.