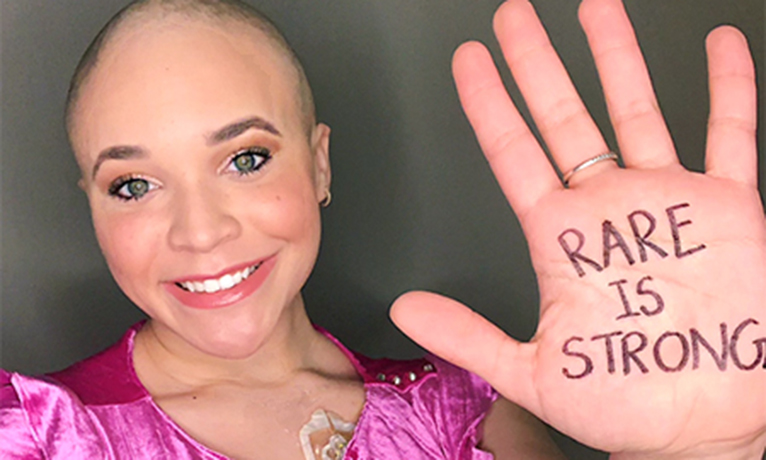 Imagine Mary Poppins with a bold, beautiful edge of style, swagger and personality. The whimsy is still there. The compassion for others undeniably strong and ceaseless.

And with a wink and a nod to her signature song of "Supercalifragilisticexpialidocious," the face of Mary Poppins is transformed into Savannah Cooper '23, who embodies all those traits. It is the type of imaginative splendor that makes musical theatre a wondrous endeavor for performer and spectator alike.

For Cooper, the lead role of Mary Poppins (albeit in its traditional portrayal) in her high school musical was a pinnacle moment that combined her love of all things Disney with a career path that led her from Lexington, Kentucky, to BW.

From pink tights to a tight-knit community

"My love for performing began at the age of two when I began taking classes. As a little girl, I found comfort in pink tights, sparkly black leotards and ballet shoes," she fondly recalled.

"Those classes soon grew into tap, jazz, lyrical, hip-hop and more. Dance was my first love and eventually led me to vocal and acting lessons.

"There were two main reasons I felt drawn to BWMT. The first was the supportive and encouraging environment that felt like family. The second reason was the incredible amount of diversity within the program," she noted.

"I am biracial and really wanted to attend a school that prioritized diversity and inclusivity. The MT program is made up of many incredible BIPOC (Black, Indigenous, People of Color) students. It's a tight-knit, amazing community of artists and students," stated Cooper.

Grit is a cornerstone of Cooper's childhood that helped her endure unrelenting pain and rare medical diagnoses of tethered cord syndrome and Ehlers-Danlos syndrome. At age seven, she underwent major spine surgery to release her spinal tether and had to relearn how to walk.

Though the surgery was a success, Cooper continues to face chronic medical challenges related to Ehlers-Danlos. But rather than allow them to be limitations, she confidently triumphs over them as stepping stones to her dream of becoming a Broadway performer as well as being the spokesperson for her non-profit organization – SavSTRONG.

"Through my non-profit organization, I have been able to speak to students, physicians, patients and families, as well as the general community about chronic illness. Being able to share my story with the world helps me to stay motivated and push through the daily obstacles I face," she said in an article she wrote for Lovewhatmatters. 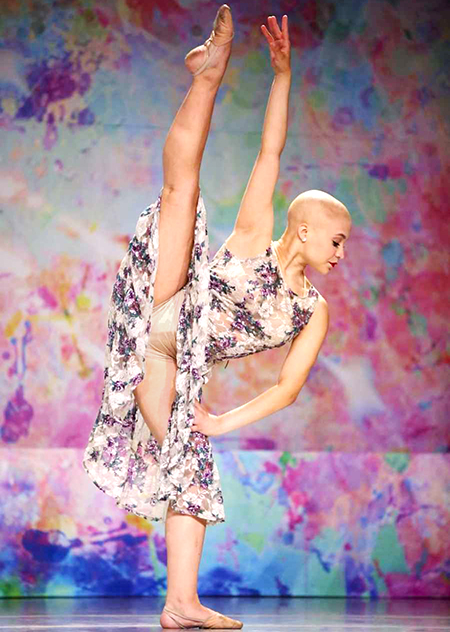 Currently performing as Florinda in BW's production of "Into the Woods," Cooper recently appeared in a Netflix movie shooting in Cleveland as a featured dancer. In the spring, she will be choreographing BW's music theatre production of "The Lightning Thief" at Playhouse Square.

"My goal is to work professionally in the world of theatre, which includes regional theatre across the country and Broadway. I also would like to pursue television and film acting, as well as dancing on screen for those mediums," she noted.

"The BWMT and Conservatory of Music faculty have given me endless opportunities," emphasized Cooper. "Victoria Bussert provides us with amazing connections that set us up for incredible success. I am SO lucky to be a BWMT!"