Baldwin Wallace University's venerated Bach Festival is back in person in 2022 and is buoyed by a new presenting sponsor and old festival friend: the Kulas Foundation.

Following two years as a virtual event due to pandemic restrictions, the BW Conservatory of Music will partner with the Kulas Foundation to present the 90th edition of the nation's oldest collegiate Bach Festival April 8-9.

Nancy McCann, president and treasurer of the Kulas Foundation, affirmed, "The Kulas Foundation is delighted to play a key role in supporting BW's esteemed Bach Festival as the presenting sponsor. I look forward to attending the return of in-person performances this year and to being surrounded by the exquisite sounds of the Festival music."

The Kulas partnership, which includes a $100,000 gift to elevate the Festival, will allow BW to feature two celebrated, Boston-based guest ensembles: the baroque band ACRONYM and the Diderot String Quartet. The Festival will also include internationally recognized vocal soloists and BWV: Cleveland's Bach Choir.

The 2022 Festival also represents the culmination of a 50th anniversary celebration for BW's Riemenschneider Bach Institute (RBI) and includes the delayed premiere of the winning piece from the 2019 composition competition that commissioned a work marking the RBI's golden anniversary.

Unfortunately, the winning composer is not alive to hear the Friday, April 8, performance. After his piece was selected from more than 70 contest entries, decorated composer and Cleveland native Dr. James Primosch passed away in spring 2021.

"He never heard a performance of his award-winning Bach-inspired Fantasy-Partita on 'Von Gott will ich nicht lassen,' a marvelous new addition to the canon of music celebrating Bach's legacy," Van Vorst explained. 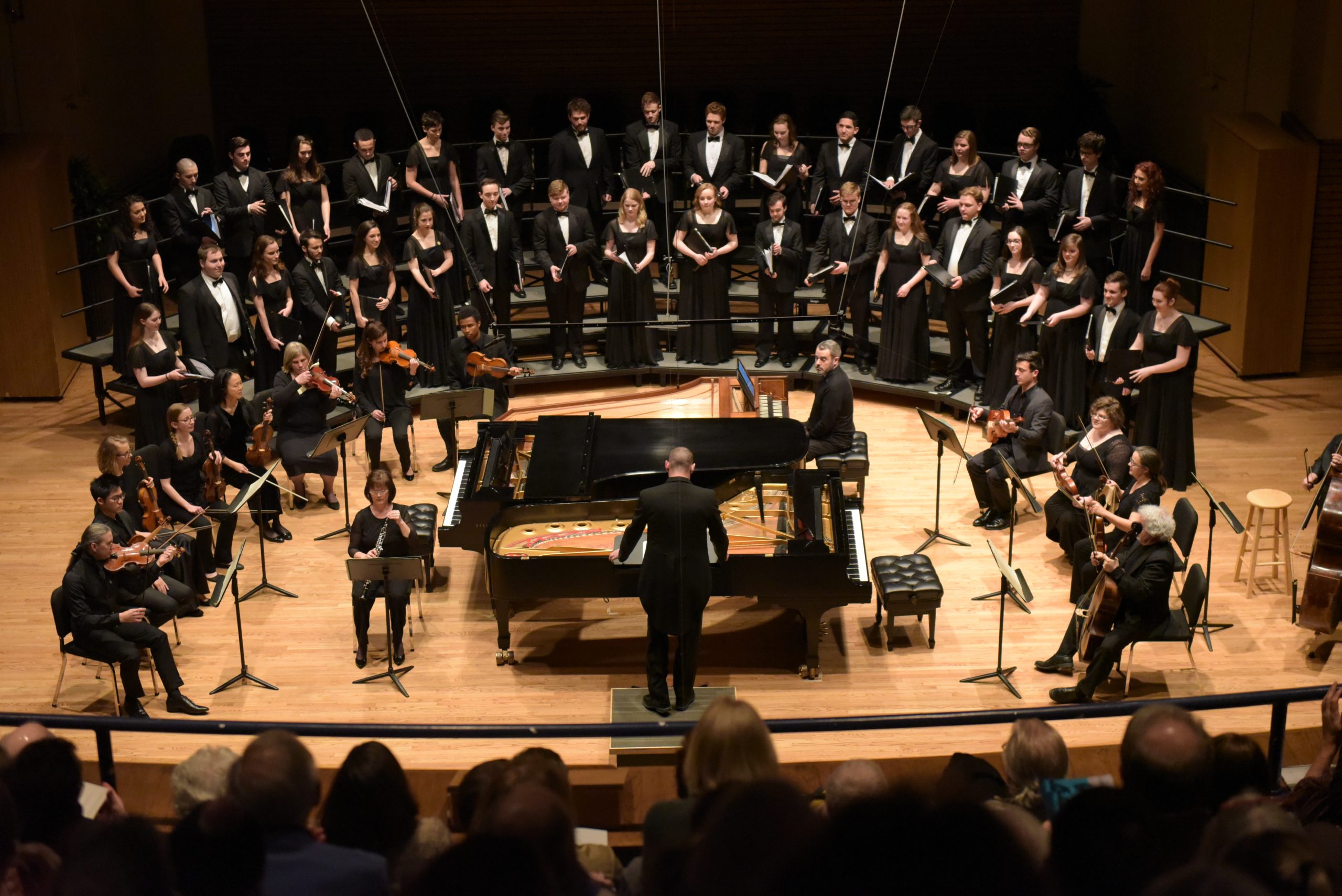 "At the heart of the Bach Festival is the student experience," noted Dirk Garner, BW professor of conducting, Gigax Chair in Choral Music and Bach Festival artistic director.

"Members of the BW Choirs and Symphony Orchestra will sit side by side with members of ACRONYM and the Diderot Quartet for a week of rehearsals leading to the performance of this year's masterwork," he added. "The Festival preparation and performances add up to an outstanding learning experience for Conservatory students."

Major Festival performances will take place in BW's historic Kulas Musical Arts Building, built in 1913 with the support of E.J. and Fynette Kulas, who were also active in sponsoring the early Bach Festivals at BW.

That long, historical connection is not lost on Garner and Van Vorst, who both expressed deep gratitude for the Kulas Foundation, which Van Vorst says "embodies an unshakeable commitment to the power and influence of music in our region."

For BW, this new Kulas sponsorship opens exciting, new horizons for the future influence of the Festival.

"The extraordinary Kulas Foundation support will enable longer-term visioning, robust artistic exploration and imaginative festival planning," said Garner. "In the decade leading to our 100th Bach Festival, it's our intention to program for greater impact, access and diversity, both for BW students and for Greater Cleveland collaborators and audiences." For the 2022 schedule of events and ticket information, visit conversation.bw.edu/bach.

Major Festival performances will take place in BW's historic Kulas Musical Arts Building, built in 1913 with the support of E.J. and Fynette Kulas.

About the Kulas Foundation

The Kulas Foundation was established in 1937 by the industrialist Elroy J. Kulas and his wife, Fynette Hill Kulas, with the primary purpose of supporting the musical arts in the Greater Cleveland area. Today, the Foundation continues to focus on music and also makes grants in the areas of arts and culture, community, education and music therapy research. In the past 20 years, the Kulas Foundation has distributed more than $50 million in grants.

About the BW Bach Festival

The Baldwin Wallace Bach Festival — the oldest collegiate Bach festival in the nation — was founded in 1932 by professor Albert Riemenschneider (longtime director of the BW Conservatory) and his wife, Selma. The Baldwin Wallace Festival Choir and Orchestra presented the first Bach Festival in June 1933, and BW has performed annual Bach Festivals ever since. In the current era, the Festival is evolving to include year-round events, like Bach Haus, that explore Bach's influence on a broad spectrum of music in the modern era.