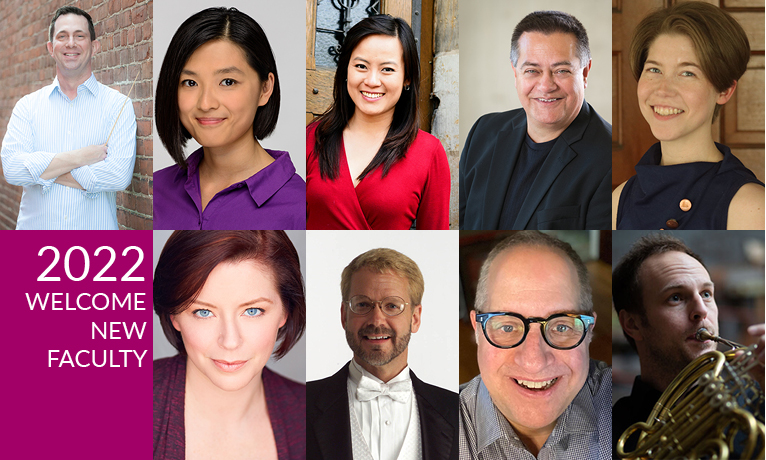 The BW Conservatory of Music is pleased to announce the appointment of new faculty members who will bring energy and expertise to the Conservatory community. 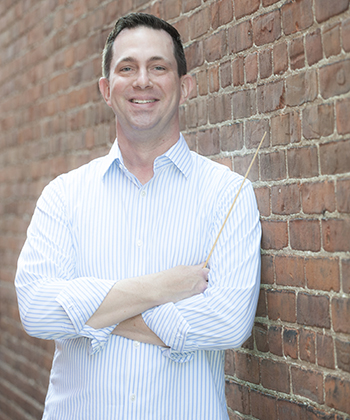 Conductor Douglas Droste is recognized as possessing "obvious joy" for making music and a "sure sense of timing" when on the podium. Those under his baton routinely acknowledge his in-depth interpretations, keen sense of communication, and personable ability to empower musicians.

Droste’s guest conducting appearances include the INSO-Lviv Symphony Orchestra (Ukraine), and the orchestras of Kansas City, Indianapolis, Columbus, Oklahoma City, Tulsa, Midland-Odessa, Fox Valley (IL), Chappaqua (NY), and the Amarillo Virtuosi. Equally at home in the pit, he has conducted over 30 productions of opera, ballet, and musical theatre, including La Bohéme, Il Trittico, Werther, Don Giovanni, The Magic Flute, The Nutcracker, Giselle, and Candide. Droste has also led eclectic shows with artists such as Black Violin, Ben Folds, The Flaming Lips, Pink Martini, Michael Cavanaugh, Time for Three, Christian Howes, and Disney’s All-American College Orchestra Alumni, among others. He previously served as Artistic Director of the Muncie Symphony Orchestra, where he was praised for dynamic performances, innovative programming, and his rapport with musicians and community.

A dedicated teacher, Droste is the new Director of Orchestral Studies at Baldwin Wallace University Conservatory of Music, where he conducts the Baldwin Wallace Symphony Orchestra, opera productions, and teaches conducting. He was most recently Director of Orchestras at Ball State University where the orchestra performed at the College Orchestra Directors Association National Conference, the Indiana Music Education Association Conference, and as the featured orchestra of the Music for All National Choral Festival. In addition to traditional repertoire, he regularly programs works by diverse composers, including Jessie Montgomery, Adolphus Hailstork, Kevin Day, and Libby Larsen. He also seeks unique collaborations and projects, such as Ron McCurdy’s Langston Hughes Project, Sensory Friendly concerts for children with special needs, and a recording with Tony Award winner Sutton Foster, “Take Me to the World,” on the Ghostlight label.

As an advocate of music education, Droste serves as conductor of the Music for All Summer Symposium Youth Orchestra and is active as a clinician and adjudicator, including Festival Disney, ASTA’s National Orchestra Festival, and the Music for All National Festival. He has conducted numerous all-state orchestras, as well as the Honors Performance Series at Carnegie Hall, Oklahoma Summer Arts Institute, French Woods Festival of the Performing Arts, and an upcoming engagement with the Music for All Honor Orchestra of America. Droste is a Yamaha Artist and Master Educator.

A talented violinist, Droste has performed with the orchestras of Indianapolis, Fort Wayne, Oklahoma City, Tulsa, Nashville, Memphis, Lubbock, and the Lancaster Festival. He is also skilled on viola, trumpet, and as a tenor. Droste holds degrees from The Ohio State University and Texas Tech University. 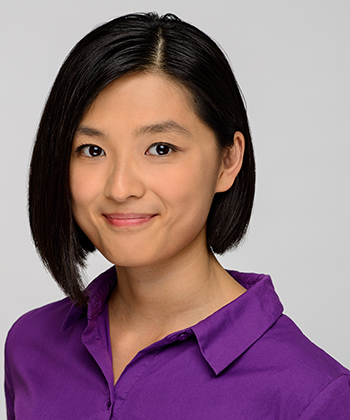 Dr. Hon Ki Cheung teaches music theory courses with a focus on introductory musicianship and chromatic harmony. Before joining BW, they taught music theory and aural skills at Florida State University and the University of Minnesota. Cheung’s research explores the relationship between music analysis and sociology. Cheung is working on studying mid-twentieth century Chinese and contemporary Chinese American compositions with reference to their sociocultural backgrounds, as well as the relationship between regional orchestra leaders’ diversity discourse and their programmatic choices.

Their research has been presented at the annual meeting of the Society for Ethnomusicology (SEM), and regional meetings of the SEM, American Musicology Society, Society for Music Theory, and the Southwest Conference on Asian Studies. Their essay was also featured in the new music blog I CARE IF YOU LISTEN. Cheung performs regularly as an organist and as a pipa player. They are also an ASCAP member with their compositions performed nationwide.

Lauded by Cleveland Classical as "an excellent soloist, a compelling performer who is equally comfortable handling long strings of notes... and singing through emotive melodies with her instrument," Dr. Tan Qin Ying is one of Singapore's foremost harpsichordists. Performances this season includes appearances with Red Dot Baroque, Apollo's Fire, Piano Cleveland, City Music, ORMACO Inc., the Performing Arts Series at the Cleveland Museum of Art, SEA Music Academy, and Affekt, which Tan co-directs.

A firm believer of story-telling through music, Tan draws from a diverse pool of influences such as baroque French court dance, Indonesian gamelan music, Chinese guzheng practice, as well as community song and dance.  Dr. Tan serves as music director at Forest Hills Presbyterian Church in Cleveland Heights and co-directs the Resonance Masters' Series near Seattle.

Prior to his appointment at BW, Professor Ihasz, lyric baritone, spent 30 years as a member of the voice faculty at the State University of New York at Fredonia.  In 2013, he was awarded the State University of New York Chancellor’s Award for Excellence in Teaching. From 2020-2022 he served as the Interim Director for the School of Music. Ihasz is an expert in the area of vocal pedagogy and the use of the real time spectrograph vocal analysis program, Voce Vista.  Performance highlights include Lee Hoiby’s The Last Letter Home, with the composer at the piano, as well as solo performances with the Buffalo Philharmonic, Western New York Chamber Orchestra, New York State Baroque, Mahler Festival in Boulder, Co., Rochester Oratorio Society, Glimmerglass Opera (including the world premiere of Central Park, taped for PBS Great Performances), ArtPark, Central City Opera, Rochester Chamber Orchestra, Genesee Baroque Players, Madison Opera and Madison Symphony. Other performances include an Artist Residency in Puerto Rico and in Venezuela for the International Canticum Festival; Strawberry Fields tour with Glimmerglass Opera; Fiesta de la Posada with Dave Brubeck; and the premiere of Caedmon, by Richard Shepherd with Opera Sacra. He has been the recipient of several awards, including the Metropolitan Opera Auditions (Milwaukee) and first place in the Society of American Musician's Competition (Chicago). His students have maintained successful careers in both Opera and Broadway. 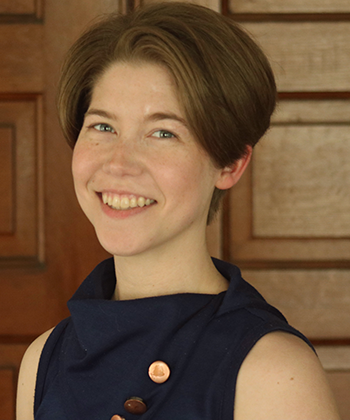 Carolyn Borcherding is a composer and sound artist interested in the relationships between aural/visual gestures and performing bodies, both acoustic and electronic. Her body of work ranges from solo instrumental pieces to large ensembles, often including electronic sound and video. She is the recipient of the 2020 21st Century Piano Commission Competition at the University of Illinois, second prize in the 2022 ASCAP/SEAMUS Student Commission Competition and was a finalist for the 2019 BMI Student Composition Award. Her works have been performed nationally and internationally, including events such as the National SEAMUS Conference, the North American Saxophone Alliance Conference, Electronic Music Midwest, and New Music on the Point. Her former teachers include Michael Pounds, Eli Fieldsteel, Stephen Taylor, Christopher Biggs, and Lisa Coons.

As an educator, Borcherding believes that curiosity and exploration are essential habits for students to develop, both in the classroom and beyond. Most broadly, she emphasizes open communication in order to meet students where they are and work with them towards excellence and self-actualization, supporting their creative goals, work-life balance, and mental health. 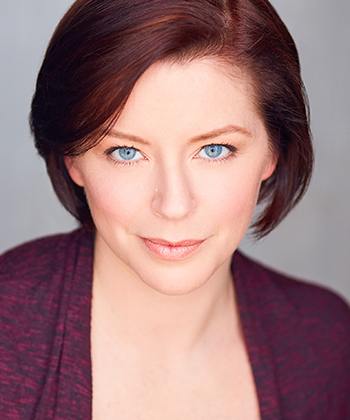 Assistant Professor of Acting and Directing

As Acting Faculty in the MT Department, Laura specializes in classical text work, improvisation training, on-camera classes, and teaches business for the actor. She has spent the last 17 years as a working actor, originally based in Chicago, but has worked all over the country. She is a longtime company member with Great Lakes Theater in Cleveland, and her sister companies the Idaho Shakespeare Festival and the Lake Tahoe Shakespeare Festival. Roles for these companies include the title role in Hamlet, Beatrice in Much Ado About Nothing, Vera in And Then There Were None, Rosie in Mamma Mia!, Viola in Twelfth Night, Rosaline in Love’s Labours Lost, and Mistress Ford in The Merry Wives of Windsor. Other roles include Richard in Richard III, Speed in The Two Gentlemen of Verona, Marlene in Mill Fire, and Lizette in The Farnsworth Invention. She is currently working on her certification as an Intimacy Coordinator. 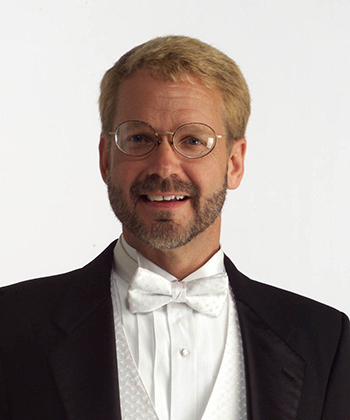 Internationally known for innovative and inspiring hymn festivals and for creative work with children, Dr. Michael Burkhardt is in frequent demand as a choral clinician, organ recitalist, and hymn festival leader.

Burkhardt is Professor of Organ at Baldwin Wallace Conservatory of Music, Artist-Professor of Organ at Eastern Michigan University, and Founder-Artistic Director of Hearts, Hands and Voices Worship and Fine Arts Program for Children in Southeast Michigan. From 2008-2017 Burkhardt served Holy Cross Lutheran Church, Livonia, Michigan, as Music Mentor and Cantor, and from 2001-2007 served on the faculty of Carthage College (ELCA) in Kenosha, Wisconsin, as Director of Choral Activities, College Organist, and Artist in Residence. Prior to the appointment at Carthage, Burkhardt was a Faculty Associate in organ at Arizona State University, Tempe, Arizona. 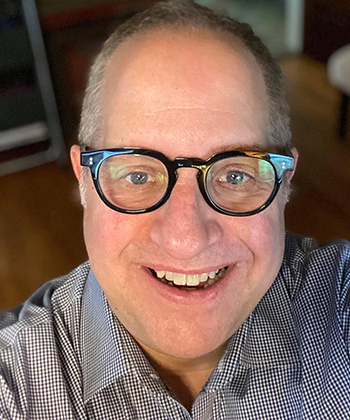 Edward (Eddie) Coffield most recently was the Artistic Director for The New Jewish Theatre in St. Louis Missouri. Coffield served as the as the Production Manager at The Repertory Theatre of Saint Louis, where he supervised over 300 productions.  As a freelance Director at the New Jewish Theatre, he directed over eighteen productions. Among his favorites are 4000 Miles, My Mother’s Jewish Lesbian Wedding, Yentl, Driving Miss Daisy, Falsettos, Crossing Delancey, Hello Muddah, Hello Fadduh, Door to Door, The Last 5 Years, Laughter on the 23rd Floor and The Immigrant. He also has directed plays at Stray Dog Theatre, Insight Theatre Company, The Orange Girls, Saint Louis Shakespeare Company and the 2012 Briefs Festival. At the St. Louis Theatre Circle Awards, Coffield was nominated for Outstanding Director of a comedy and he was a three-time nominee for The Kevin Kline Award for Outstanding Direction. Coffield has been associated with The La Jolla Playhouse, The Alley Theatre, Theatre Project Company and The Lyceum Theatre in Arrow Rock, MO. Coffield produced The Annual Kevin Kline Awards Show and The Laramie Project: 10 Years Later for The Rep as part of a national project. A faculty member of the Conservatory of Theatre Arts at Webster University. 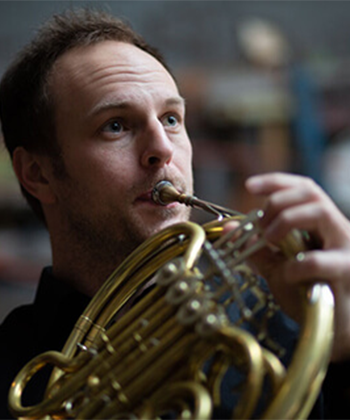 Scott Strong has been a member of the Detroit Symphony Horn section since 2014. He has previously held positions with the Houston Grand Opera, the Houston Ballet, the San Antonio Symphony and the Louisiana Philharmonic Orchestra. An avid chamber musician, he is a member of the Detroit Chamber Winds and Strings. He has appeared as guest principal and soloist. He has performed on several movie soundtracks. He holds a B.M. in Horn Performance from Southern Methodist University in Dallas, Texas. He also studied at Rice University in Houston, Texas.