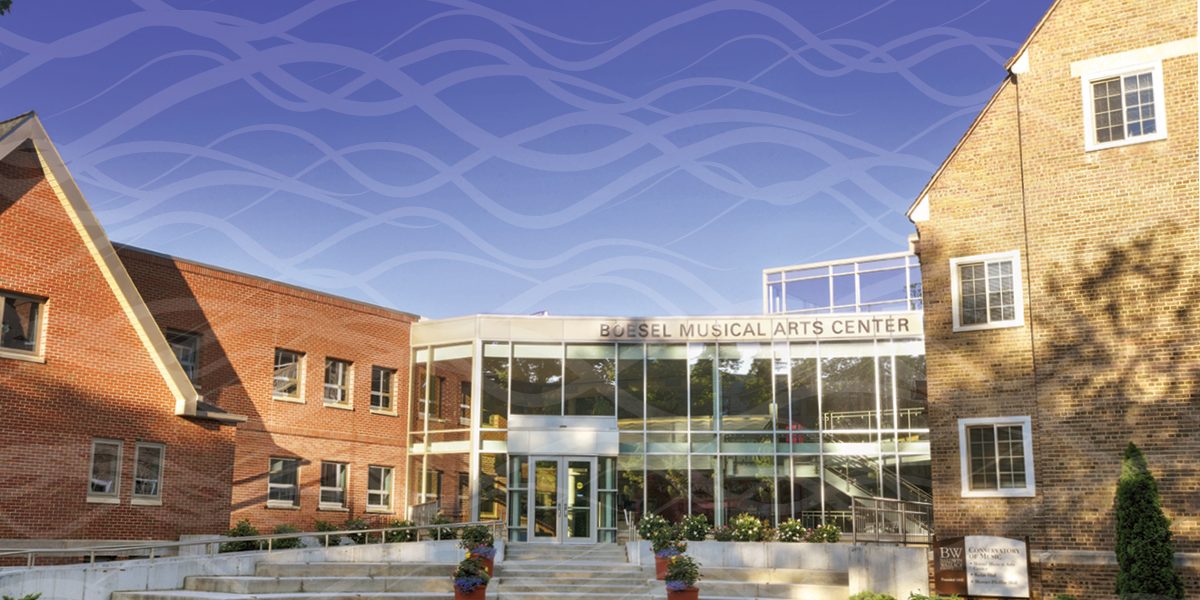 The BW Conservatory of Music is pleased to announce the appointment of three new faculty members beginning fall semester 2021: Dr. Lorelei Batislaong as associate professor of music education; Kara Caine as assistant professor of music therapy and director, Cleveland Music Therapy Consortium; Thomas English as lecturer in bassoon; Dr. Khari Joyner as assistant professor of cello; and Nathaniel Silberschlag, Cleveland Orchestra principal horn, as an additional member of the applied horn faculty. Join in welcoming these newest faculty who will bring energy and expertise to the Conservatory community. 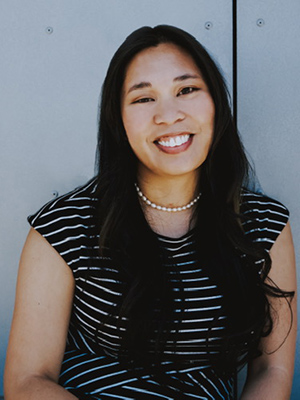 Lorelei Batislaong joins the faculty at Baldwin Wallace University Conservatory of Music as an Associate Professor of General Music Education. For the last five years she taught undergraduates at The University of Texas at Austin and previous to that taught elementary music in San Antonio and Austin for 14 years. She received a BM in Music Education from Southwest Texas State University, an MM in Instrumental Conducting from Texas State University, and will soon receive a PhD in Music and Human Learning from The University of Texas at Austin.

Batislaong has served on the National Board of Trustees and chaired the Diversity and Equity subcommittee of the American Orff-Schulwerk Association and is the State Director of the Texas affiliate of the National Association for Music Education. She currently serves as the Deputy Director and lead editor of Decolonizing the Music Room, a non-profit organization working to amplify the voices of Black, Brown, Indigenous, and Asian people in the field of music education.

Batislaong combines her passion as a veteran teacher and enthusiasm for research by presenting national and international workshops to both practitioners and researchers alike. She is the co-author of the book, "Elemental 'Ukulele: Pathways and Possibilities" which presents effective teaching and inclusive practices and activities for practitioners who teach young students in a classroom setting. Her research interests include: Teacher noticing and cognition through eye tracking and gaze analysis, teacher skill acquisition and development, equity in the classroom and teaching profession, and generally wondering why everything is the way it is and how it could be better. 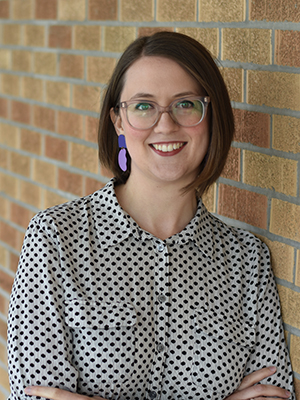 Kara Caine is a board-certified music therapist and researcher who has co-authored several chapters on music therapy in the Neonatal Intensive Care Unit (NICU). She is an active presenter at regional, national and international conferences, including the World Congress of Music Therapy, the national conference of the American Music Therapy Association (AMTA), and the Gravens Conference on the Environment of Care for High Risk Newborns. Her research centers on the use of music and music interventions to support parent-infant attachment with a focus on fathers. Caine is an experienced clinician who has practiced music therapy and supervised student music therapists across settings for clients with a variety of needs, including infants and parents in the NICU, children and adults with intellectual and developmental disabilities, young children from low-resource communities, older adults, adolescents and adults recovering from traumatic brain injuries, and children and adolescents in medical settings. In addition, she is a music educator with experience teaching early childhood music and adaptive lessons. Caine received the Master of Music Education in Music Therapy degree from the University of Kansas and dual Bachelor degrees in Music Therapy and Music Education from the College of Wooster. She is currently completing her dissertation at the University of Kansas which examines infant responses to fathers’ live singing. Prior to coming to Baldwin Wallace, Caine was a graduate teaching assistant and undergraduate research mentor at the University of Kansas. 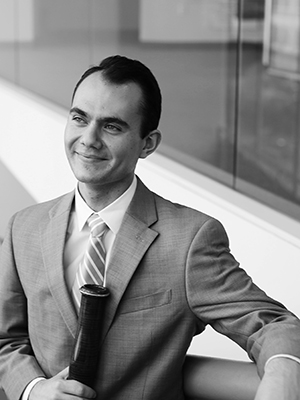 Bassoonist Thomas English has performed with several of the most prominent musicians and orchestras across the United States.  Before joining the faculty at Baldwin Wallace Conservatory of Music, English served as Principal Bassoonist with the Harrisburg Symphony Orchestra while finishing his graduate degree work at The Juilliard School. At Juilliard, he had the privilege of studying with Judith LeClair, Principal Bassoon at the New York Philharmonic. English also served as mentor for the Juilliard Pre-College Program during his time in New York, working with some of the most talented grade-school musicians in the country.

In 2018, English was appointed Assistant Principal Bassoon with the National Symphony Orchestra in Washington, D.C., under the direction of Gianandrea Noseda. He performed with the orchestra through 2019, also teaching at the orchestra’s Summer Music Institute, until he relocated to the Cleveland area.  Besides his formal appointments in Harrisburg and Washington D.C., English has performed as substitute musician with the New York Philharmonic, the Boston Symphony Orchestra, and as guest principal with the Atlanta Symphony Orchestra. He spent multiple summers as a fellow at the Music Academy of the West and the Tanglewood Music Center, as well as a summer at the Round Top Festival Institute. Besides his orchestral engagements, English has appeared as soloist on NPR’s From the Top and, as winner of the Indianapolis Symphony Orchestra’s Side-by-Side concerto competition, performed Hummel’s bassoon concerto with the orchestra in 2011. Additionally, he won second prize in the International Double Reed Society’s 2013 Young Artist Competition. He has also enjoyed occasional performances with several musicians of the Cleveland Orchestra as part of the bassoon quartet, the Men Who Don’t Bite.

English completed his Master of Music degree at The Juilliard School and his Bachelor of Music degree at the Oberlin Conservatory of Music, under the tutelage of George Sakakeeny. English’s other teachers include Douglas Spaniol of Butler University, and Kara Stolle, Principal Bassoon of the Indianapolis Chamber Orchestra. A staunch believer in the spiritual power of music, English hopes to connect, inspire, and uplift others through his musical endeavors, creating a more loving, empathetic, and caring world in which everyone can thrive. 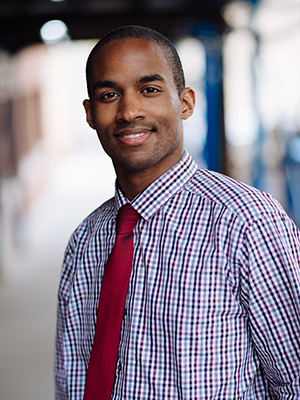 Described by the New York Classical Review as “one of the most exciting young musicians on the classical scene”, Khari Joyner has a following both nationally and abroad as a versatile concert cellist, chamber musician, and ambassador for the arts. He has made numerous guest appearances with orchestras and ensembles across the world, including two recent performances of both Saint-Saëns Cello Concerto in A Minor and Tchaikovsky’s Rococo Variations with the Atlanta Symphony Orchestra, which received rave reviews. In addition, he has given many cello masterclasses and lectures at notable institutions, including SUNY Fredonia, Oberlin Conservatory, and Clayton State University.

Furthermore, Joyner received the 2017-2018 career grant from the Leonore Annenberg Fellowship Fund, which nominates and endows a select number of gifted artists with generous funding to further their careers. Joyner has also performed for Presidents Bill Clinton and Barack Obama, the latter for which he gave a private performance in the Oval Office.

A passionate advocate for the music of the 21st century, Joyner has collaborated and given performances of works by major composers such as Tyshawn Sorey, Carman Moore, Kaija Saariaho, Magnus Lindberg, among many others. An active chamber musician and one of the founding members of the Altezza Piano Trio, Joyner has given performances as a guest at the Ritz Chamber Players, Chamber Music Society of Central Virginia, Highlands-Cashiers Chamber Music Festival, Fontainbleau Music Festival, and on WQXR as a part of the Midday Masterpieces series.

A graduate of Juilliard’s prestigious Doctor of Musical Arts program, he has had teaching affiliations with Columbia University, Sarah Lawrence College, and has recently joined the faculty at Mannes Prep. He also pursued a mathematics concentration in an exchange program with Columbia University, while studying in Juilliard’s Accelerated BM/MM program. Joyner actively collaborates across genres with many choreographers, actors, and jazz musicians—having been recently featured as a guest artist for Dance Theater of Harlem and on NPR’s Tiny Desk with Sudan Archives. 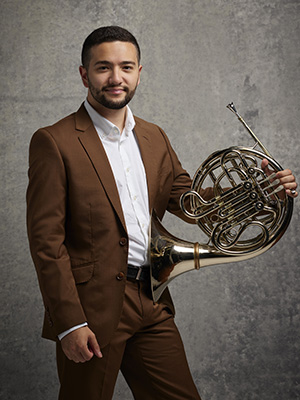 Nathaniel Silberschlag, 22, was appointed Principal Horn of The Cleveland Orchestra in May 2019, and took up the position in August prior to the start of the 2019-20 season. He previously served as Assistant Principal Horn of the Washington National Opera/Kennedy Center Opera House orchestra, where he was the youngest member ever to win a position with the ensemble, at the age of 19. He completed his bachelor of music degree from New York's Juilliard School in May 2019, where he was a student of Julie Landsman and recipient of the Kovner Fellowship.

Born in Leonardtown, Maryland, in the Chesapeake region, Silberschlag comes from of a family of sixteen professional musicians across several generations. These include former principal players of the New York Philharmonic, Italian National Orchestra RAI, and Jerusalem Symphony. He is the third generation of his family to attend the Juilliard School. He made his debut in Italy at age 9, with news of the performance appearing on the front page of Italy’s newspaper La Stampa.

As soloist, Silberschlag has performed with the Juilliard Orchestra, Bulgarian Philharmonic, Romania State Symphony, New York’s Little Orchestra Society, and the Chesapeake Orchestra. He has also played concerts with a variety of ensembles, including the New York Philharmonic and Orpheus Chamber Orchestra.

At the John F. Kennedy Center for the Performing Arts, Silberschlag became a graduate of the National Symphony Orchestra Youth Fellowship program under the tutelage of Sylvia Alimena as part of her "Brass of Peace" scholarship program. He also spent two summers in the Kennedy Center’s Summer Music Institute. He was a fellow at the Music Academy of the West in the summers of 2017 and 2018, and in 2018 was named one of ten Zarin Mehta Fellows to perform with the New York Philharmonic as part of their 2018 Global Academy.  In 2015, he was the first recipient of the Edwin C. Thayer / Laurel Bennert Ohlson award for artistry and excellence in horn performance.  Since 2007, he has been a full participant fellow at Italy's Alba Music Festival, and also attended the Eastern Music Festival in 2016.  He is also a member of the New York Festival Brass Quintet.

Subscribe to the email newsletter from the Baldwin Wallace University Conservatory of Music!

Enter your email address below