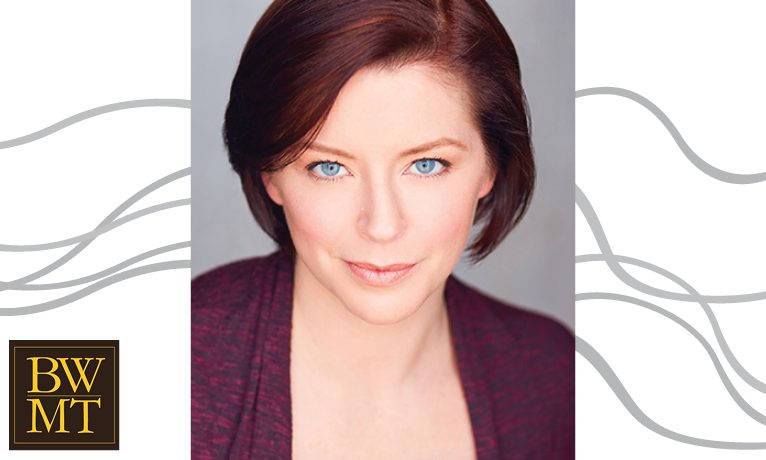 As BWMT’s newest full-time professor, Laura Welsh Berg is making her faculty MT debut as the intimacy coordinator for Baldwin Wallace’s fall production of The Wild Party. Berg herself is a graduate of BW, having earned her B.A. in Theatre; she also received her M.F.A. in Acting from DePaul University. She is a lifelong performer, teacher, and learner.

In preparation for her new role at BW, Berg has been working on her certification as an intimacy coordinator. Significant to her decision to pursue intimacy coordination was the Me-Too Movement. Berg says that it showed many how prevalent the abuses were in the theatre industry. With her strong dance and movement background, as well as continuing love for teaching, Berg decided that she wanted to get certified in intimacy coordination. “Not only so that I could be an advocate for my fellow actors in the professional rooms I was in, but also so I could hopefully start training the next generation of actors who would understand that intimacy coordinators are necessary and are something they are entitled to have in the room anytime that are doing any sort of theatre or film with intimacy in it.” Berg shared.

Intimacy coordination is such a new field, Berg says, and she suspects that “now is the time to get into it – the time we should be getting into it.” A great resource in Berg’s journey has been the book, Staging Sex by Chelsea Pace, about which she says, “a lot of people that I [Laura] know call it the Bible of staging sex scenes.”

Most recently, Berg has worked on The Nether for Baldwin Wallace’s department of theatre and dance as an intimacy coordinator. She recently performed as Beatrice in Much To Do About Nothing and Rosie in Mamma Mia at the Lake Tahoe Shakespeare Festival. Berg also recently did dialect coaching with members of the new national tour of Les Misérables.

Not only is intimacy coordination someone in the room to ensure that good practices are being followed, but it is also someone else there to equal out the power dynamic. Berg feels that it is important to “have the actors feel confident and empowered while performing.” She mentions that the beautiful part of it is that the actors can come to her and say that they are not comfortable doing a certain part, and Berg is able to change it slightly while still telling the story. Berg is excited to bring this modern and much-needed form of artistry to BW”s production of The Wild Party.