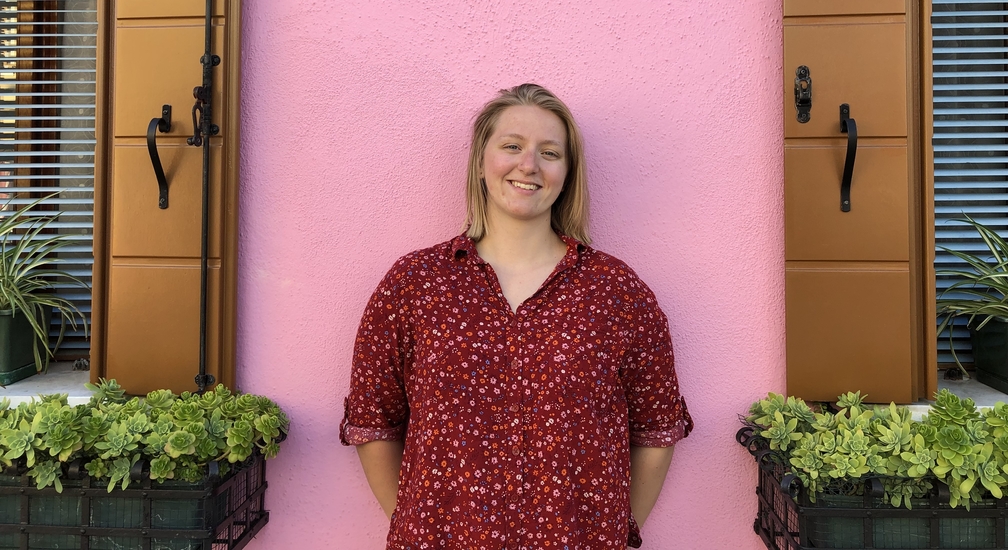 Each year, one undergraduate student in the Baldwin Wallace Conservatory of Music is awarded the prestigious Presser Scholarship. The Presser Scholar is someone who, as Conservatory Dean Susan Van Vorst said, “has the potential to influence others through their current studies and future career path.” This year, that honor went to Music Composition major Veronica Cator ’21.

Veronica is a well-rounded student who has had many unique experiences throughout her time at BW. She was an intern at Carl Fischer Music Publishers throughout the summer of 2019, where she was able to learn the business side of music. She also attended the highSCORE Music Festival in Italy that same summer. There, she got to see one of her own compositions performed and met Finnish composer Kaija Saariaho.

Dean Van Vorst said that Veronica is a “natural leader who exhibits tremendous potential for impacting the music industry through relationship building and artistic collaboration.” She also commented on her kindness, positivity and selfless spirit.

Veronica’s leadership skills are exemplified in her role as ConCouncil President. In that role, Veronica oversees funding for ConCouncil, the annual Bach Picnic, and handling communication between students and faculty. She said that her role as president has refined her leadership abilities and shown her how much she enjoys being able to “have a hand in improving the world around [her] even if those improvements do not directly affect [her].”

On becoming Presser Scholar, Veronica said that she is “incredibly honored” and “beyond thankful to have been chosen” for this respected award. She is also “grateful to the teachers and administrators who advocated for [her] and made it possible.”

Veronica has had some meaningful experiences at BW that have shaped her career aspirations. She spoke about a pop music analysis class she took last semester that changed how she looked at the music she listens to outside of class. She also said that her experiences in Treble Choir in her sophomore year opened her mind to the possibilities of choral music and still uses that to inspire choral pieces she is writing now.

Dr. Jessica Narum, assistant professor of music theory, and Dr. Clint Needham, associate professor of music composition, were cited as the two professors who have impacted Veronica’s education the most. As one of her theory professors, Dr. Narum has encouraged her academic love of music to grow. Her private composition professor Dr. Needham has pushed her to broaden her horizons, which has made her a better composer.

Veronica has some exciting and ambitious career goals. Her plans after college involve moving out to Los Angeles. She hopes to become a music producer or technician or write about pop music for companies like Vox. She will also be starting a website to take commissions at some point next semester.

Veronica is an excellent example of a Presser Scholar. She is well-respected in the Conservatory and has had a positive impact on those around her. Her role as ConCouncil President has shaped the Conservatory’s educational culture, while her kindness has encouraged a positive social culture. Her receipt of the Presser Scholarship recognizes her achievements and cements her as one of the best students Baldwin Wallace has to offer.