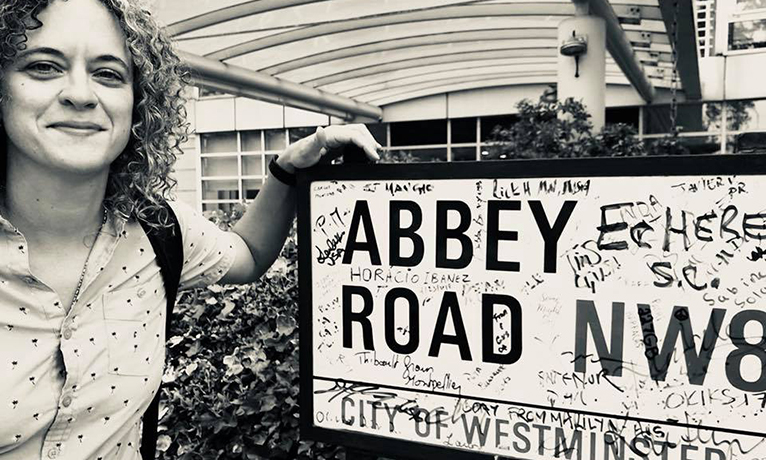 During 15 years at Baldwin Wallace, Dr. Beth Hiser has shared her talents as a musician, stage performer, writer, educator, scholar and department chair. Take one of her classes, and you will discover that she is also a funny, kind and generous person with a passion for music. Conservatory student writer Laura Frost '22, arts management major, felt lucky to score a spot in her Beatles seminar when she was a freshman and now she writes she was even more lucky to get the chance to interview her about her sabbatical.

The pandemic hit in the middle of your sabbatical, resulting in cancellations of academic presentations and meetings. How were you able to adjust and make the best of a disappointing situation?
I was six weeks into my sabbatical when the pandemic hit. Three music conferences were canceled; a Beatles academic meeting in Portugal, along with two American conferences sponsored by the International Association for the Study of Popular Music and the Association for Popular Music Education. These conferences are rescheduled, and I'll plan to attend.

In order to make the best of the situation, I dug into more reading and research on my own. This is the background work that is needed anyway, so the pandemic forced me into doing things that everyone procrastinates. The pandemic gave me a chance to focus on a research topic that I had been interested in but hadn’t devoted the time to study in-depth – women in popular music – and particularly women of color in popular music. I had the chance to read and get thoughts down on paper. When I returned for the fall semester in 2020, I taught a Women in Popular Music seminar in the Conservatory. I was able to put that knowledge to use.

A major part of your sabbatical was focused on your scholarly work on the music of the Beatles. The Beatles have attracted millions of fans, and there are a lot of Beatles experts. You associate with a very small group of Beatles academic scholars. What sets you apart in this group?
I’ve always loved the Beatles. I got started when I presented a paper ten years ago and began doing scholarly work on the topic for the BW First-Year Experience program, teaching a class on the subject. I was an outsider for a long time. I learned at a Monmouth University conference that the world of Beatles scholarship is much, much bigger than I thought. That conference was gigantic. There is such a wide diversity of people working in the field.

I think that one thing that sets me apart is that I am a music theorist as opposed to a literary scholar or a music historian. My field is fairly narrow and specific. I suppose that being a woman in this scholarship is less common. For a long time, popular music scholarship has been dominated by men, so I suppose that does set me apart in a way. I don’t want to overstate that, because I know a lot of women who do wonderful work in this field.

Author Fran Lebowitz said recently that music is a powerful drug that makes people happy. It is the only drug that is not addictive and has no side effects. What do you think is in the Beatles’ music formula that brings so much joy to the world?
There are a lot of things about the Beatles' music that make it joyous. A lot of it had to do with just luck. The Beatles stepped into popular music at the exact right time. The world was ready for the Beatles in a way that it is hard to imagine now. Those “right place, right time” opportunities don't seem as likely now in the 21st century. Music technology was changing in the 1960s. Music would become so much more available around the globe. Music videos were on the brink of invention. The counterculture and hippie scene happened at that exact time. I think a lot of what made the Beatles so special was that they were in the right place at the right time.

Having said that, I won't discredit them. I have enormous respect and admiration for the Beatles and I think that they were geniuses. I think that genius is evident in their music. Their music connects with listeners in a way that is special. There is a complexity to their work. There are people who are so good at something that they just make it look easy, even though it is extremely difficult. The Beatles did that. If you dig into what they were doing, it was incredibly intricate. 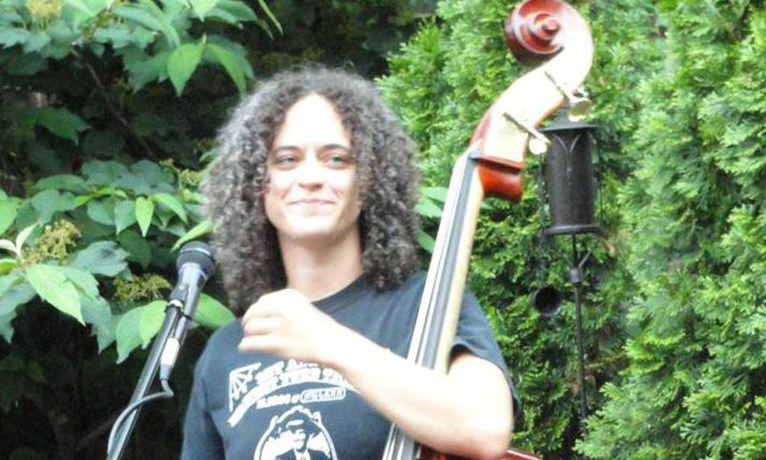 Another focus of your sabbatical was studying the role of women in education, scholarship and music. During your time at Baldwin Wallace, and serving as Chair of the Academic Studies Department, what progress have you seen in uplifting women as leaders? What strategies seem to work best to correct gender imbalances?
It is a fun time to be talking about uplifting women as leaders. We just elected our first female American Vice President. As chair of academic studies, the strategies that I found seem to work best all involve communication. I've worked with other departments within the Conservatory and more specifically with my own department, and we know that discussions and communication are the best way to share ideas. This past year, I had my department engage in what I called a "Radical Inclusivity Initiative." In addition to offering history and theory seminars related to popular music, we focused on gender and sexuality in music. My seminar was only one of several; there were seminars by Dr. Kuntz, Dr. Narum and Dr. Fuhrmann, as well. We also shared and created a reading list on inclusivity in the classroom. This related not just to gender and race but also to other types of marginalized people.

The department of academic studies has also hosted what we call MASS - the Music Academic Studies Seminar for students, where we have invited speakers to focus on race – and also on gender in music. We are lucky to be at BW because the entire University is focused and supportive of these initiatives, especially inclusivity with race and gender. A three-part pedagogy series was hosted in the fall semester. I canceled our department meetings during the weeks of those seminars as a way to give faculty enough time to attend these important events.

You have studied women in music for many years. There are enormously popular female music artists, but it seems like their work is discussed in a different way than their male counterparts. Do you think that there are different standards?
There are different standards. I know that there is much more emphasis on physical appearance when it comes to women – far and away. There is some movement away from that. We have become much more body-positive, anti-ageist, and antiracist. These ideas are circulating and become more the norm, but I still don’t think that we have moved away from women artists as objects, their bodies as objects of the male gaze.

When you read actual music theory scholarship on popular music (and you see this with regular journalism as well) you’ll notice that women musicians are referred to by their first name, whereas male musicians are referred to by their last name. It seems like a different level of respect is offered to these artists. Billie Eilish and Lizzo are good examples of body positivity in popular culture right now. In the 2020 Grammys, when Eilish and Lizzo were nominated for all of the best new artist categories, Eilish swept all of the awards. That says something about the industry. It says that, in every single category, the white person, the younger person and the thinner person won the award. Is there something behind that? I don’t know.

You have made BW your home after studying at University of Texas and living in Austin. What do you love about Cleveland? What is your best recruitment pitch to bring people to the region?
Cleveland is the original 'Rock and Roll' city. There is a real draw to this place for rock and pop musicians. With the Rock and Roll Hall of Fame and the Rock Hall Archive, you have landmarks of rock and roll here. The proximity to other hubs is attractive, including Chicago, New York and even Akron, Columbus, and Pittsburgh. Cleveland is in a unique geographical position.

BW is very forward-looking in terms of its treatment of popular music. I think that the culture here is accepting of what some other universities might think is too "on-trend." There is an energy here for the faculty, students and the community. We see it embraced in concert series on campus, like the World Music Series. That is a big draw for us. We now have the Music Industry Program, and it is situated in a remarkable Conservatory. You have people who are training at a really high level on their instruments but also getting experience from people like Dr. Sean Murphy, who has a great amount of experience in the publishing world. It is a unique place.

As an experienced stage performer, you play many musical instruments. Suppose that you found the magic lamp, and the genie granted you the power to master a new instrument. Which one would you choose and why?
The electric guitar. I love the acoustic guitar. I can strum along. I tinker a bit with the electric guitar, but to get into the nasty solos, all of the electronics and pedals – that would be really cool. You don't see many women doing it. In history, lead guitar is a male-dominated instrument.

I guess guitar is fresh in my mind. If you didn’t see H.E.R. performing America the Beautiful on electric guitar before the Super Bowl this year, you should pull up a YouTube video. I was sad to see Lenny Kravitz’s female drummer (Cindy Blackman Santana) taken off her instrument for his Super Bowl commercial. There aren’t many female drummers, either.

Last semester, one of my students showed back-to-back electric guitar clips of Sister Rosetta Tharpe and Elvis. It was fun to see the students become enamored with her work.