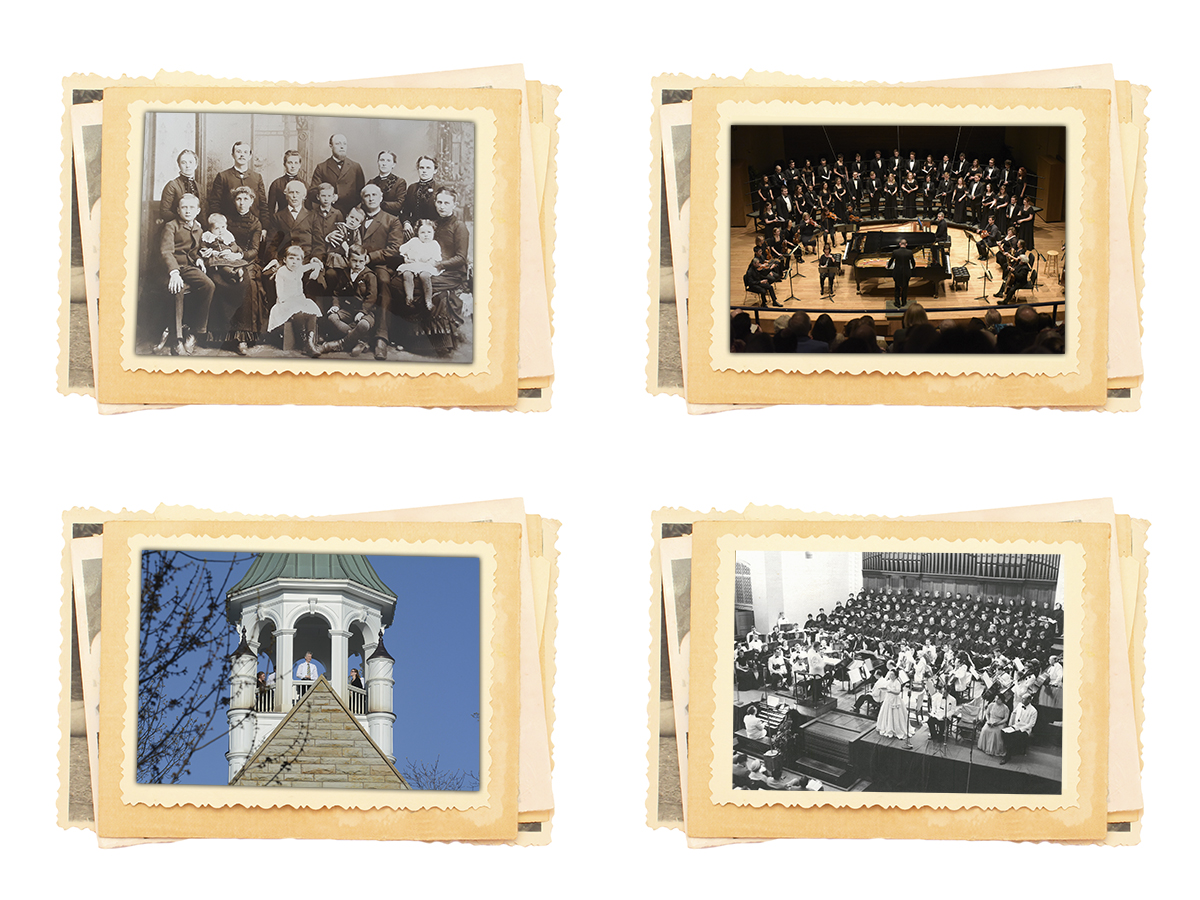 The rich legacy of Bach study and performance at Baldwin Wallace University owes its existence to the extraordinary vision of the Riemenschneider family, in particular Dr. (Charles) Albert Riemenschneider and his wife Selma (Marting). Named head of the Music Department at German Wallace College in 1898, Albert would go on to serve as founding director of the newly-formed Conservatory of Music at Baldwin-Wallace College following the 1913 merger of German Wallace College and Baldwin University. Across his career, he became an authority on the music of J. S. Bach through expert performance, study, and collection.

One of the crowning achievements of Dr. Riemenschneider’s long tenure at BW was the establishment of the Baldwin Wallace Bach Festival in 1933. It remains the longest-running collegiate festival dedicated to the music of Bach and the second oldest Bach Festival in the country. Dr. Riemenschneider’s remarkable guidance created a festival of national and international repute across the subsequent thirteen years of his directorship. Within several years, he implemented the rotation of four major festival works—the Mass in B minor, the St. John Passion, the St. Matthew Passion, and the Christmas Oratorio—in order that all student members of the Bach Chorus would have the opportunity to experience these works during their four years on campus. 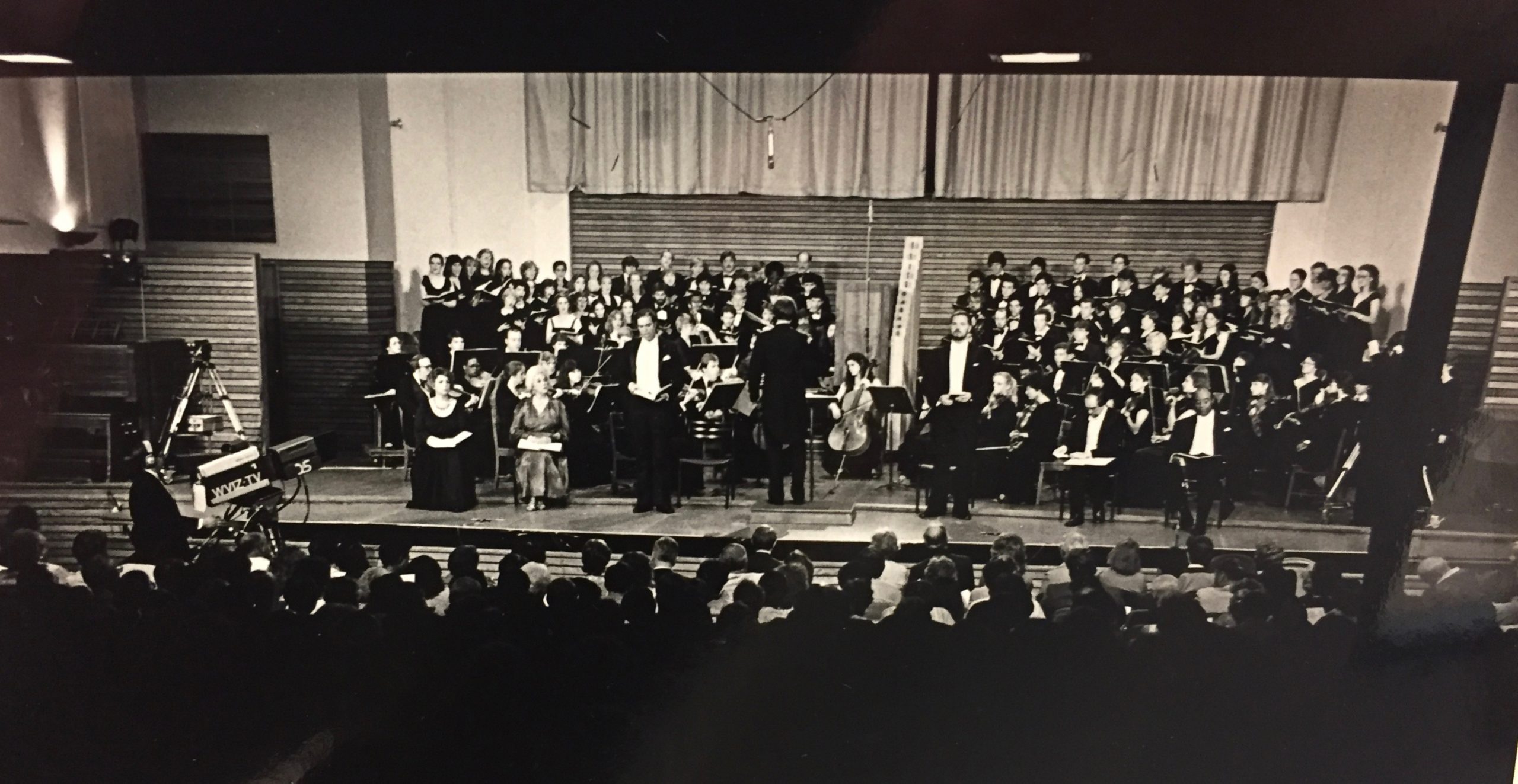 The festival has continued to grow and diversify under the leadership of subsequent directors: George Poinar (1947-1974), Dwight Oltman (1975-2013), and Dr. Dirk Garner (2014-present). Joining the vision of each director with the talents of BW students and faculty, and the expertise of guest performers, conductors, and scholars of international repute, the Bach Festival at BW continues Dr. Riemenschneider’s mission to bring exceptional performances of Bach’s music to Northeast Ohio.

Following her husband’s death in 1950, Selma gifted his large Bach-focused collection to BW, establishing the Karl and Emilie Riemenschneider Bach Memorial Library. Under the guidance of Albert and Selma’s son Edwin Riemenschneider, Conservatory Director Warren Scharf, and founding director Elinore Barber, the RBI was formally established in 1969, with the first issue of BACH: The Journal of the Riemenschneider Bach Institute published in 1970. Upon Dr. Elinore Barber’s retirement in 1998, Dr. Melvin Unger was appointed Director of the Riemenschneider Bach Institute (RBI). Under his leadership and the current leadership of Dr. Christina Fuhrmann, Editor of BACH, and Dr. Danielle Kuntz, Bach Scholar in Residence, the RBI has continued to grow in terms of its collections and its significance at BW and in the world of Bach scholarship. Since 2018, the collections and related services have been under the stewardship of Paul Cary, Conservatory Librarian.

Since its founding, numerous significant bequests and acquisitions have enlarged the collections of the RBI to include rare materials from the Renaissance to the 21st centuries in a wide variety of musical subject areas. The RBI serves as steward to the Riemenschneider archive and its many other exclusive archival collections, and has supported study of these collections through the growth of numerous scholarship and grant programs, including the Martha Goldsworthy Arnold Fellowship, the RBI Scholars Program, and, in collaboration with the American Bach Society, the Frances Alford Brokaw Grant.

Today, the RBI at BW is a vibrant, world-renowned research center with a distinctive reputation for the study of the music of J. S. Bach and his circle. For more than fifty years, learners of all ages—students and faculty, professional scholars, and community members—have been enriched by encountering the exclusive resources contained within the RBI. Together with the annual Bach Festival, the RBI honors the incredible generosity and mission of the Riemenschneider family, as well as countless other individuals who have dedicated themselves to the growth of the Bach legacy at BW. 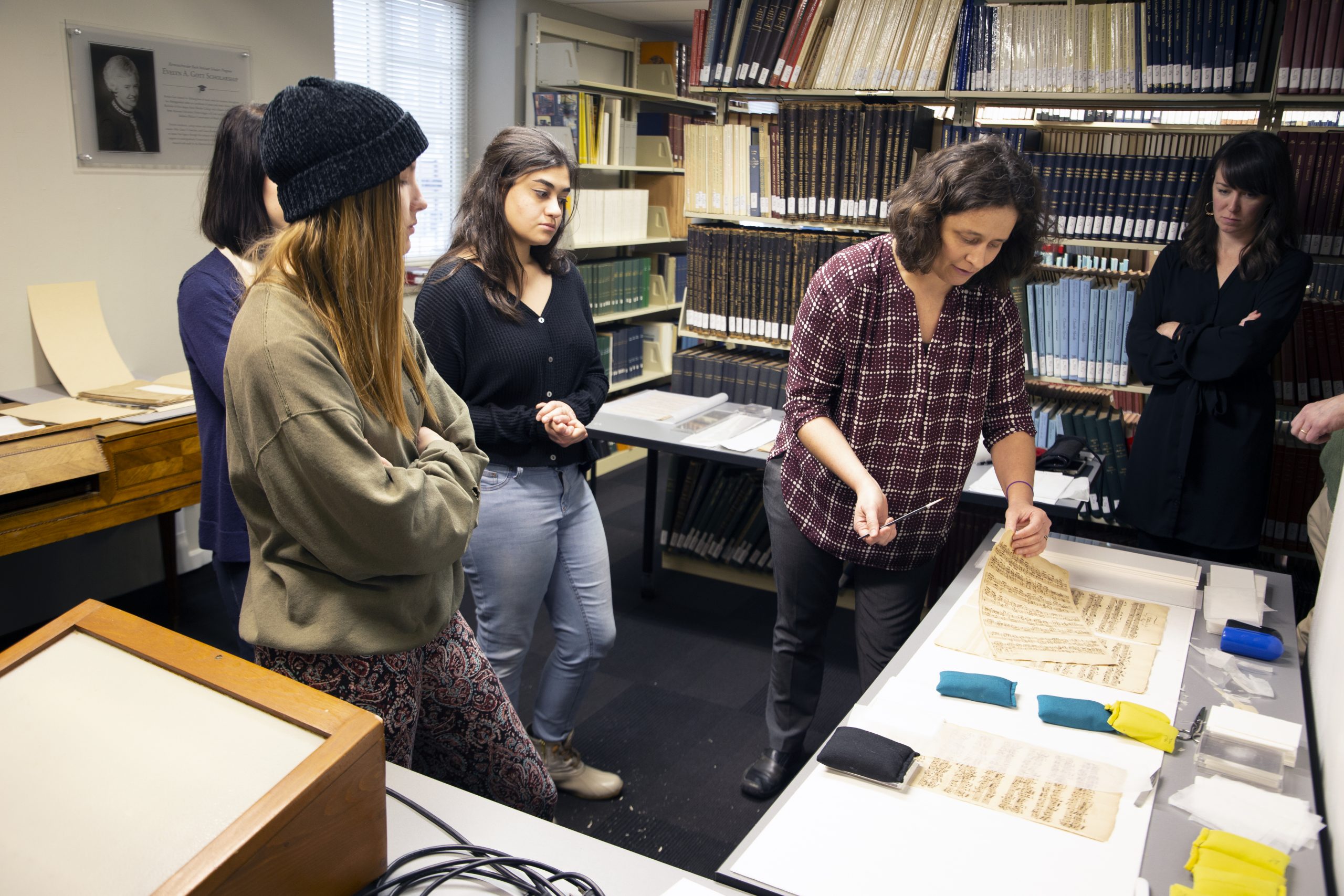 One of the treasures of the RBI is a manuscript copy of the Well-Tempered Clavier by Bach’s student Heinrich Gerber. As one of the earliest copies of Bach’s magnum opus for keyboard, the manuscript offers an opportunity to study both the transmission of music through unofficial circles and the path from manuscript to published editions. As such, it elevates the study of music at BW and among the worldwide community of Bach scholars. Preserving this unique source for the long term is of utmost importance. This three-hundred year old manuscript has several issues that require conservation treatment. The RBI received a grant from the federal Institute of Museum and Library Services (IMLS), awarded by the State Library of Ohio. Paper conservator Amy Crist, of the Cleveland Museum of Art and the University of Michigan, was engaged, and spent eight days in January disbinding the manuscript, mending tears, and making other repairs. Thanks to her work, the Gerber manuscript will be preserved for generations to come.

Many would say it is the lucidity of Bach's music – the consummate integration of its structural elements – that makes it so great. Bach was unsurpassed in his ability to grasp (intuitively it seems) the possibilities of a melodic or harmonic idea, and to work these out in coherent, yet expressive ways. His music functions equally well on both horizontal and vertical planes – as a series of simultaneous melodic strands and as a progression of chords. It brings competing impulses into equilibrium: the logical and the mystical, the sonic and the symbolic. It constantly surprises the listener with its inventiveness.

While using as its starting point the harmonic language, compositional techniques and rhetorical figures of its day, it moves far beyond them. Bach's style is characterized by a richness of chromatic language, a logic of thematic unfolding and an overlay of hermeneutical (interpretive) allusions. It is no wonder that succeeding composers held him in such awe. Robert Schumann put it well: "Wir sind alle Stumper gegen ihn" (Next to him we are all plodders).