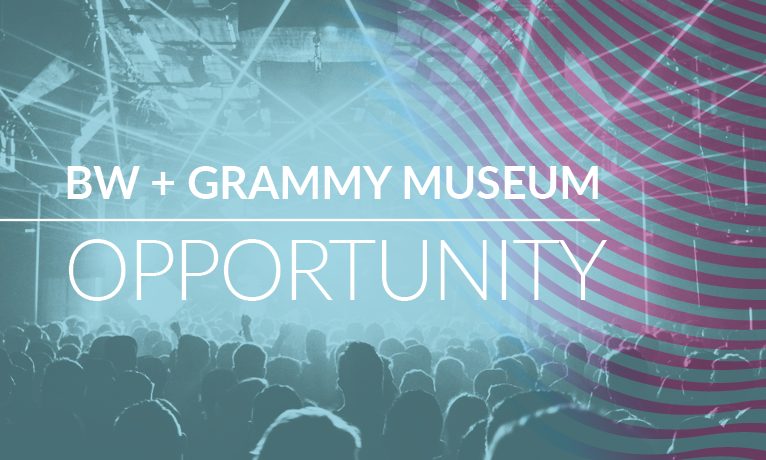 From Harry Styles to Dua Lipa to Black Pumas, the 63rd GRAMMY Awards were a fashion-filled extravaganza of music, celebration and camaraderie as "Music's Biggest Night" lit up social media.

The Berea to L.A. connection for this showcase event just got stronger as Baldwin Wallace joins a prestigious list of colleges and universities invited to become an official educational affiliate of the GRAMMY Museum.

The honor makes BW the only school in this region and one of 22 universities in the world to be named an educational affiliate of the GRAMMY Museum.

Big opportunities for all BW students

The affiliate designation gives BW students and faculty outstanding access to renowned resources and experts in the field — including museum content, educational seminars and programming, and music historians and professionals to use as campus speakers or lecturers.

In a career field where applied experiences, professional contacts and impressive portfolios are often imperative for success, the museum affiliation provides an important pathway for BW students to have access to resume-boosting internships and a presence on the GRAMMY Museum website and social media channels.

"The GRAMMYs are one of the biggest and most recognizable organizations in the music industry," explained Dr. Sean Murphy, assistant professor for arts management & entrepreneurship and coordinator for the music industry major. "We are honored to be connected to such an iconic organization."

"We are hopeful this collaboration will not only support students in the BW Conservatory of Music but the campus at large," he added. "The affiliation is with the entire university, so the member benefits are available to all students, regardless of major."

"The GRAMMY Museum affiliation is another step for BW as we continue to build a national profile in the music industry," said Murphy.

In 2020, Billboard magazine listed BW as a Top Music Business School. The educational affiliation with the GRAMMY Museums serves as the second notable accomplishment since the inception of our music industry major two years ago.

"To receive another significant form of recognition such as this provides an exciting opportunity for our students to engage with a leading institution in this sector," said professor Bryan Bowser, chair of the Conservatory of Music's interdisciplinary studies department and program director for arts management & entrepreneurship.

In the music industry, connections matter. So it comes as no surprise that this collaboration began with the help of a celebrated alumna. Hallie Yavitch '94 is the senior vice president of booking at the Staples Center, the Los Angeles venue where the GRAMMY Awards are held.

"In talking with Hallie, I asked if she could recommend someone from the GRAMMYs to act as a guest speaker for our Music Industry I class. She put me in touch with Kaitlyn Nader, the senior director of education & community engagement at the GRAMMY Museum. Kaitlyn is originally from Cleveland and was happy to serve as a guest. At the conclusion of the session, she invited us to be a member of the educational affiliation program," explained Murphy.

"Everything fell into place," believes Murphy. "It's clear this affiliation with the GRAMMY Museum is most definitely a winner."