The first known series of its kind, features an all-star lineup of BBC Award-Winners, Grammy award nominees, and some of the most recognized names in the business. Recently, students had the opportunity to virtually meet with Laurence Brownlee and Ana De Archuleta and are looking forward to the lineup presented for the spring semester. 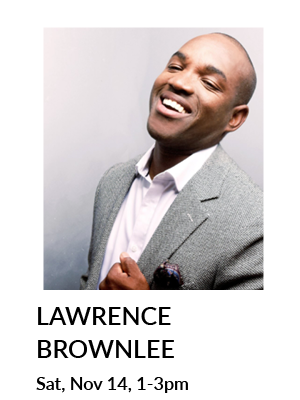 Lawrence Brownlee is a leading figure in opera, both as a singer on the world's top stages, and as a voice for activism and diversity in the industry. Captivating audiences and critics around the globe, he has been hailed as “an international star in the bel canto operatic repertory” (The New York Times), “one of the world’s leading bel canto stars” (The Guardian), and “one of the most in-demand opera singers in the world today” (NPR).

Amidst the challenges of COVID-19, Brownlee has emerged as a pivotal voice in classical music’s shift toward digital programming and the resurgence of conversations around racial justice. In May 2020, he launched “The Sitdown with LB,” a weekly Facebook Live series which explores the experience of being an African-American opera singer. The ongoing series has featured Brownlee in conversation with renowned artists like George Shirley, Denyce Graves, Martina Arroyo, J’Nai Bridges, Angel Blue, and others. 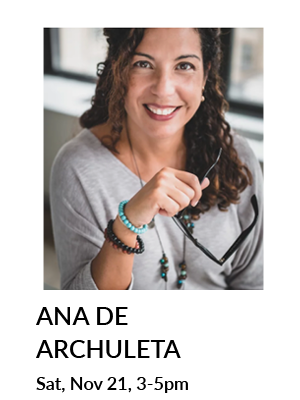 Ana De Archuleta has quickly established herself as one of the most sought-after managers in the operatic field. Representing a thriving roster of vocalists, conductors, and directors worldwide, ADA Artists can be seen at the Metropolitan Opera, Deutsche Oper Berlin, English National Opera, Grand Théâtre de Genève, the Salzburg Festival, the Aix-en-Provence Festival, Lyric Opera of Chicago, San Francisco Opera, Washington National Opera, Houston Grand Opera, and throughout the United States, Europe, Asia, and South America.

Ana’s vast background in the arts has played a major role in her success as an artist manager. Throughout her life she has been involved in many facets of the performing arts as an instrumentalist, dancer, operatic stage manager, assistant director, opera chorister, and an operatic soloist. She is a business member of Opera America and the American Symphony league, is on the Advisory Board of Seagle Music Colony, and was invited to be a member of the 2015-2016 Women’s Opera Network Steering Committee and a panelist for the National Endowment of the Arts 2017 Arts Works Opera Grants. A sought-after mentor to Resident Artists of many performing arts organizations, Ana frequently offers her insights into the business aspect of the opera world via master classes and one on one consultations. She has presented her seminar on the “Business of Opera” at Cincinnati College-Conservatory of Music, Westminster Choir College, Opera Saratoga, Opera New Jersey, Minnesota Opera, and Wolf Trap Opera among others. Additionally, she has been invited to judge multiple vocal competitions including the Metropolitan Opera National Council, Fort Worth Opera’s McCammon Voice Competition, Shreveport Opera’s Mary Jacobs Smith Singer of the Year Competition, and Florida Grand Opera’s Young Patronesses of the Opera Vocal Competition.

With a Bachelor’s degree in Communications from the University of the Sacred Heart in San Juan, Puerto Rico and a Master of Music in Vocal Performance from the Cincinnati College-Conservatory of Music, Ana De Archuleta, formerly Ana Rodriguez, was known throughout her performing career for her versatility of voice and dramatic character. Favorite roles include Musetta in La bohème, Servilia in La clemenza di Tito, the title role in Lucia di Lammermoor, Nina in Cherubin, Beth in Little Women, Tebaldo in Don Carlos, Barbarina in Le nozze di Figaro, and Fire in L’enfant et les sortilèges, which she performed with such companies as Minnesota Opera, Cincinnati Opera, Orlando Opera, Opera North, Puerto Rico Symphony Orchestra, Minnesota Orchestra, Cincinnati Pops Orchestra, Opera Theater of Lucca, and Pro Arte Lirico. Originally from Puerto Rico, Ana now resides in the New York City area.

Before joining Minnesota Opera in 2018, Chief Artistic Officer Priti Gandhi served as artistic administrator of San Diego Opera where she advised the general director on casting and artistic budgeting and oversaw all artistic contracting and management. Chief among her accomplishments was serving as a member of the administrative team that helped to save San Diego Opera from near closure in 2014. Gandhi has had a 20-year international opera career, appearing with the New York Philharmonic, Los Angeles Opera, Seattle Opera, San Diego Opera, Theatre du Chatelet, the Royal Opera House, Prague Estates Theatre, New York City Opera, Philadelphia Orchestra, and San Francisco Opera. Outside of opera administration, Gandhi has previously served as global network membership manager with The Chopra Center for Wellbeing and promotions office manager for KFMB Radio/TV. Gandhi graduated with a bachelor of arts in communications and a minor in theatre from the University of California, San Diego, has served as a published weekly columnist with The San Diego Union-Tribune, and was an honored alumna and commencement speaker at Thurgood Marshall College at UCSD in 2016. An alumna of young artist programs at Cleveland Opera and San Diego Opera, Gandhi is also an amateur painter and dedicated flamenco dancer. 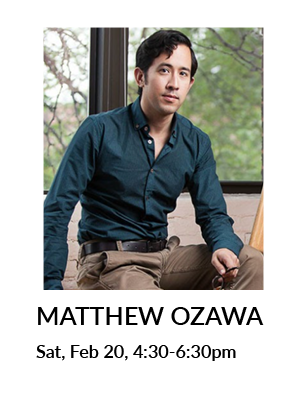 Matthew Ozawa is a stage director, artistic director and educator whose international career spans all artistic disciplines including opera, theater, musical theater, dance, video, world music and visual art. Ozawa is a master storyteller, whose “strikingly spare productions” (New York Times) are “a vivid demonstration of what opera is all about” (Opera News). His productions consistently “deliver brilliance on all fronts” (Chicago Tribune) and are filled with “breathtaking imagery” (Broadway World). Ozawa is the Founder and Artistic Director of Mozawa, a Chicago-based incubator advancing collaborative art and artists. Also a proponent of arts education, Ozawa served three years as Assistant Professor of Music at the University of Michigan, School of Music, Theatre & Dance. Passionate about collaborative interdisciplinary performance, new work, and reigniting classics, Ozawa’s “stylish” and “intelligent” productions have been seen at Carnegie Hall, The Kennedy Center, and many more. 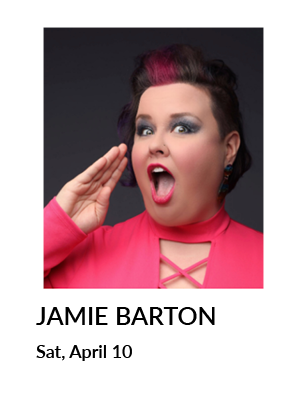 Critically acclaimed by virtually every major outlet covering classical music, American mezzo-soprano Jamie Barton is increasingly recognized for how she uses her powerful instrument offstage – lifting up women, queer people, and other marginalized communities. Her lively social media presence on Instagram and Twitter (@jbartonmezzo) serves as a hub for conversations about body positivity, diet culture, social justice issues, and LGBTQ+ rights. She is proud to volunteer with Turn The Spotlight, an organization working to identify, nurture, and empower leaders among women and people of color – and in turn, to illuminate the path to a more equitable future in the arts.

In recognition of her iconic performance at the Last Night of the Proms, Ms. Barton was named 2020 Personality of the Year at the BBC Music Magazine Awards. Also the winner of the Beverly Sills Artist Award and Richard Tucker Award, both Main and Song Prizes at the BBC Cardiff Singer of the World Competition, Metropolitan Opera National Council Auditions and a Grammy nominee, Ms. Barton has been described by The Guardian as “a great artist, no question, with an imperturbable steadiness of tone, and a nobility of utterance that invites comparison not so much with her contemporaries as with mid-20th century greats such as Kirsten Flagstad.”

This season, Ms. Barton appears as Eboli in Don Carlo at Dallas Opera and as Julia Child in a film version of Bon Appétit! with Houston Grand Opera, Austin Opera, and Opera Philadelphia. She debuts with Dallas Symphony Orchestra in a program of Verdi favorites and joins soprano Angela Meade for a duo recital at Settle Opera. Ms. Barton also releases a new album,Unexpected Shadows, with composer and pianist Jake Heggie on the Pentatone label.

Praised by Gramophone as having “the sort of instrument you could listen to all day, in any sort of repertoire,” Ms. Barton has appeared with Yo-Yo Ma and Emanuel Ax at Tanglewood, and in recital across the U.S. and U.K., including tours with pianists Kathleen Kelly, Bradley Moore, and James Baillieu, with appearances at Ann Arbor’s University Musical Society, Baylor Distinguished Artist Series, Carnegie Hall, Celebrity Series of Boston, Kennedy Center, Princeton University Concerts, Royal Liverpool Philharmonic, Royal Welsh College, San Francisco Performances, Toronto Summer Music Festival, Vocal Arts DC, and Wigmore Hall.